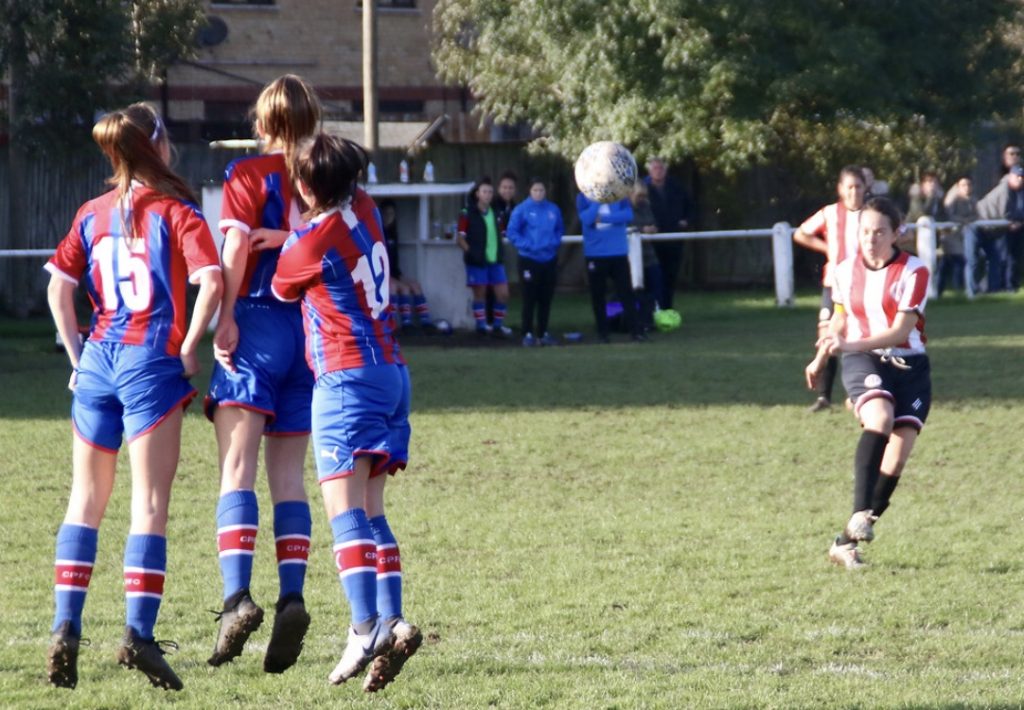 A sunny Sunday at the Stray Dog made a change to some of the recent mudbaths.

The visitors were a Crystal Palace Development side flying high in the division.

The Tons fought hard, but the young Eagles (Eaglets?) finished their chances well, to take the three points back south of the river.

Palace did not hang about. A low ball from the left was turned in for 1-0 in the opening minutes. Then another cross from the same flank was scooped into the top corner for 2-0. Two close range efforts that left Axelsson with no chance.

As the first half progressed, the Tons grew into the game. The midfield of Amoaten, Lucy Spours and Ciara Monahan started to get their feet on the ball and string some passes together. But they just couldn’t crack open the Palace defence.

In the last action of the first half, it took a wonderful point blank save from Axelsson to keep Clapton in with a sniff of a comeback.

The second period followed a similar pattern. Clapton battled away and had plenty of possession. As ever, Naomi Scriven’s energetic running offered an outlet. Clapton just found openings hard to come by.

Then the Eagles grabbed two more quickfire goals to kill the contest.

There was to be a late consolation for the home side. The ball broke to sub Esther Routledge in the box. The winger smashed it home for her first Clapton goal.

Having failed to score in the previous week’s cup game, it was a positive note to end on.

Next up for the Tons, after a long run of home games, is a trip to Feltham to take on Hampton and Richmond Borough.

We caught up with players Zhane Amoaten, Lucy Spours and Alice Williams after the game.

Couldn’t do a lot about the goals, but Sophia Axelsson caught the eye with a couple of top stops.