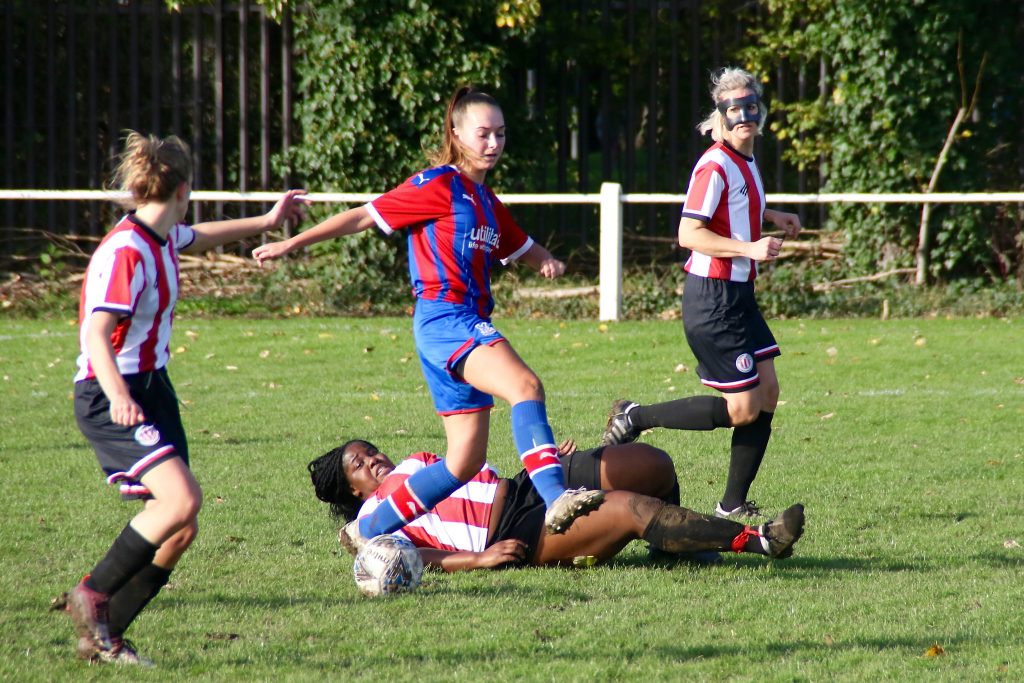 Unfortunately. the pitch is waterlogged after the recent storms and the game is postponed.

The last time these two teams met, the sun was shining (big yellow thing in the sky, a distant memory these days), and 85 fans watched the Tons go down to an impressive Palace side 4-1 at the Stray Dog.

In that game, Palace went into a 4-0 lead before Esther Routledge scored her first goal for Clapton, sadly just a late consolation.

Clapton’s form since then hasn’t been great on paper, with battling performances not being rewarded with the results they deserve – last Sunday’s agonising 4-3 defeat against Hampton and Richmond a case in point.

The Eagles women’s team were founded in 1992, and their first team play in the FA Women’s Championship, with their home games being played at Hayes Lane in Bromley.

In fact, they absolutely stormed it, winning all of their 18 league games and finished with a whopping goal difference of 81 – meaning an average of 4.5 goals scored per game.

They also wrapped up the double with a win over Bromley in the John Greenacre Memorial Trophy.

This season, they’ve picked up pretty much where they left off, winning nine, drawing two and losing just three times.

The Ton need points, it’ll be a tough ask, but recent performances have given grounds for optimism.

Admission is free. There is a cafe and a bar for spectators.

Otherwise, there’s parking at the venue.