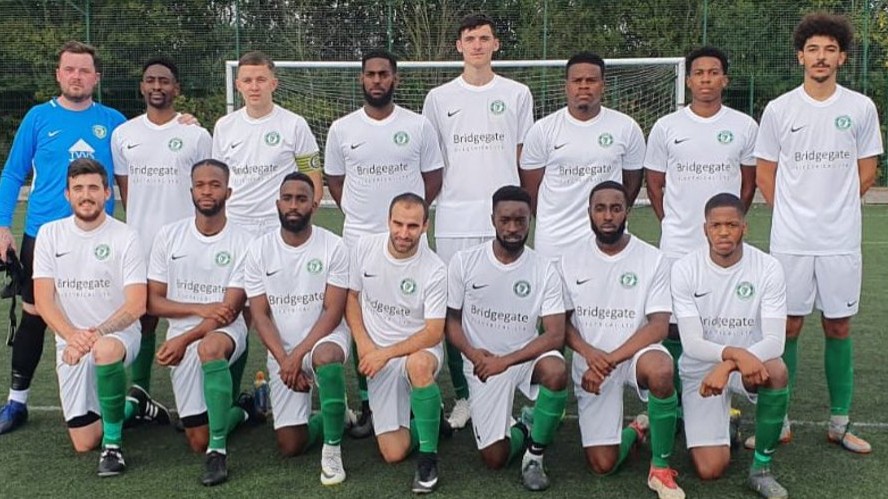 The Clapton CFC men’s team make the trip over to Brunel University in Uxbridge on Saturday, February 29th for the second time this season.

On this occasion their opponents will be Yeading Town FC, who play on the 3G next to Hillingdon’s grass pitch.

Yeading Town formed in 2013 and joined the Middlesex County Football League’s Sunday section, starting in Division 3 and working their way up.

They switched to Saturday football last season and finished second in the MCFL Division One West, a point behind champions Hilltop,

Initially they were denied their application for promotion but that was overturned after a hearing at Wembley Stadium.

Yeading have been having mixed results at their first season at Step 7 and currently sit 10th in the table.

However, they have shown themselves to be a tough nut to crack, with promotion challengers London Samurai, Pitshanger Dynamo and league leaders Brentham all only able to take a single point each from their games against Town.

For the Tons this fixture comes in the middle of a challenging series of games, as Geoff Ocran’s men face the current top three teams in the league in the space of four weeks.

It is a run of games that could make or break Clapton’s season and after last week’s agonising home defeat to Brentham it will be important to bring three points back to East London.

Admission is free and we;re told there will be a can bar inside the complex building.

The nearest station is Hillingdon Underground, on the Metropolitan Line, about a 25 minute walk away.

You can also go to Hayes & Harlington or Uxbridge and catch a direct bus there.

There’s a car park at the site.