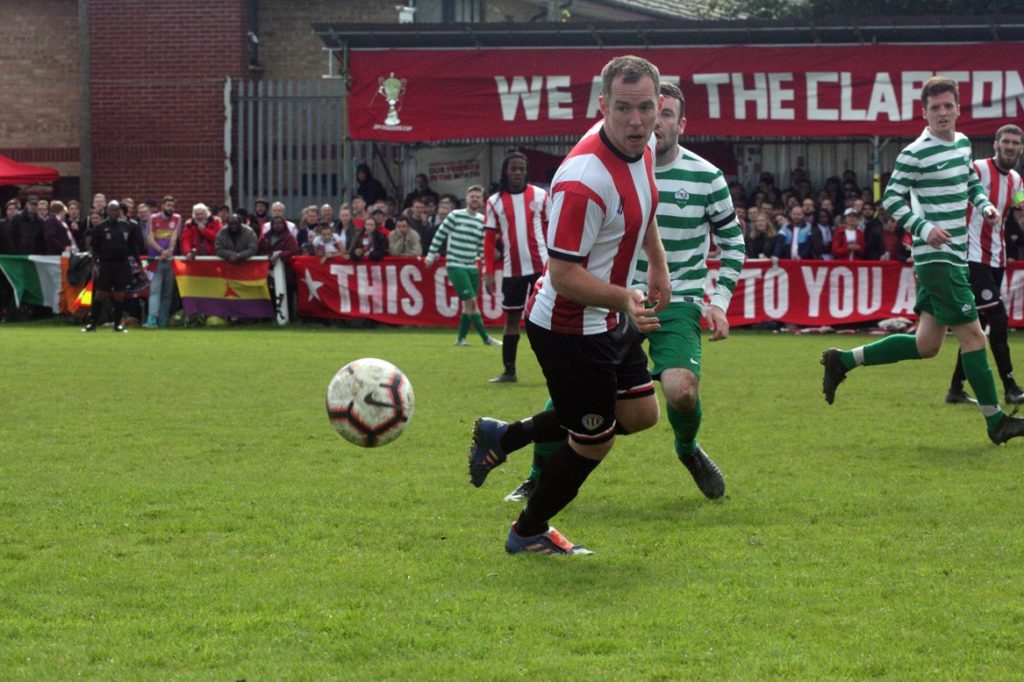 The list of men’s football teams who have applied for promotion at our level has been published online – with Clapton CFC one of them.

Four more of the Middlesex County Football League Premier Division’s 16 clubs are on the list too, who are Cricklewood Wanderers, Hilltop, London Samurai Rovers and NW London.

It means that there is now a mini-league of five promotion applicants, with the state of play finally poised as it stands….

Promotion at our level is not automatic, but typically one club goes up from this division each year.

That club usually must: a) finish at least in the top four; b) be the highest placed of the applicants; and c) meet the FA’s off-field criteria for promotion.

However, football is undergoing a bit of a shake-up at this grassroots level so it’s too early to be certain on what the FA will decide. Obviously the higher up the table we finish, the better the chance of promotion.

According to the list – posted on the Non-League Matters and Football in Bracknell websites this week – around 85 clubs across England have applied to go up.

Anywhere between 22 and 40 of the clubs are expected to eventually be promoted to Step 6, which is the 10th tier of the football pyramid.

Current MCFL Premier leaders Brentham, fourth place Larkspur Rovers and clubs in the chasing pack such as Pitshanger Dynamo, Hillingdon and PFC Victoria are not on the list.

This is likely to be down to either stadium issues – they are not confident of getting the ground grading needed – or they think that promotion is a long shot and not worth the application fee of £120 plus VAT.

Other clubs who have applied for promotion include Letchworth Garden City Eagles and Catholic United, who we played in the Anagram Records Trophy last season, and New River Athletic, who we played in a friendly.

All applications, including ours, will now be assessed by the FA to see if they meet the ground and regulatory requirements.

If Clapton CFC were to be promoted, the FA would likely place us in the Eastern Senior League South (along with clubs such as Hackney Wick and Barkingside) or the Spartan South Midlands Division One (home to the likes of Enfield Borough and Broxbourne Borough)

Could Geoff Ocran’s team manage back-to-back promotions in its first two seasons? We’ll know in May.