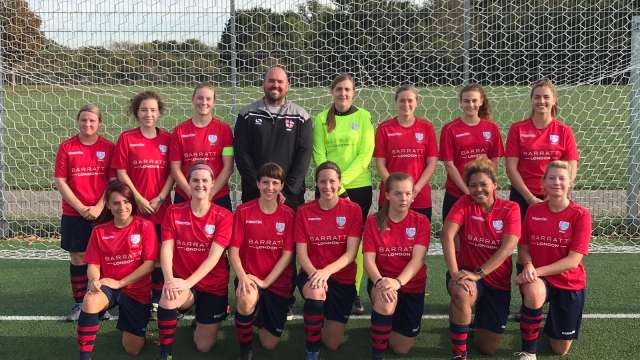 The Tons’ second away game of this season will constitute a long journey to Tudor Park in Feltham (just under 30 miles from the Stray Dog), where they take on Hampton & Richmond Borough Ladies FC.

The Beavers’ first team was founded in 2006, and in 2016 they added a development side, currently playing in Division 3 South. Both teams are affiliated with their male equivalents.

Hampton had a shaky start to their 19/20 league campaign, with three defeats in as many games, being toppled by Walton Casuals, Comets, and Crystal Palace Development.

Having later found their rhythm, they saw a home win against Regents Park Rangers, and an away win against Luton. Last weekend, they drew 1-1 with Brentford.

That all puts Hampton in 6th place in the league, level on points with the Tons, but trailing by six in goal difference terms.

So this game is sure to be a well-matched affair.

We finally have our second away trip and it’s a long one, all the way to Hampton and Richmond Borough.

Hopefully we haven’t become too accustomed to playing at home and we can take the game to a team who’ve had mixed results so far this season.

The pitch is a 12 minute walk from Feltham Station in zone 6.

It might seem a long way, but it’s only about an hour from Stratford or Walthamstow.

Entry is free, but we do not expect much in the way of facilities. More information to follow.