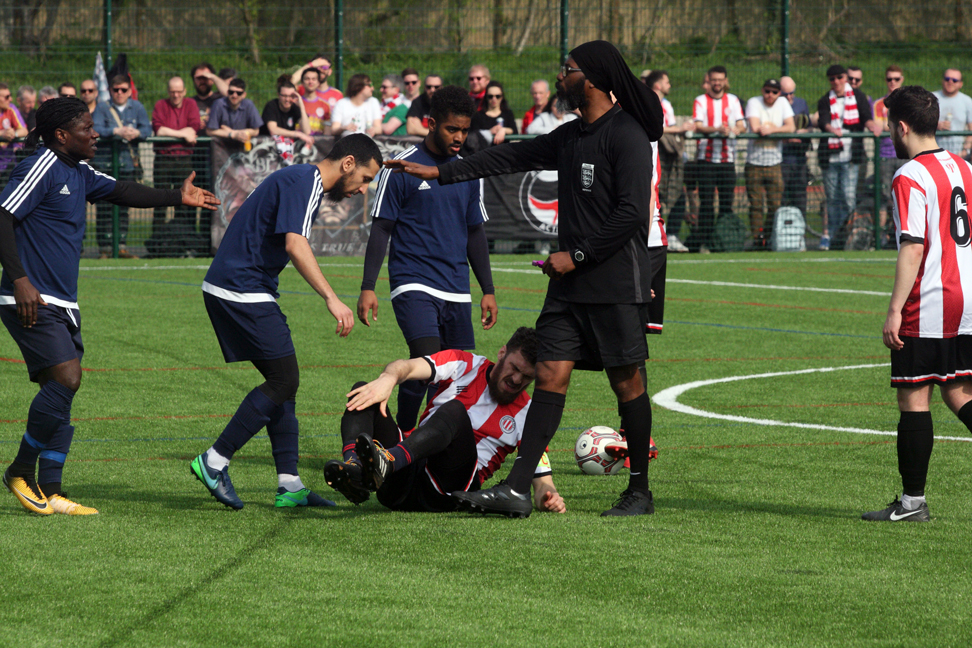 Clapton CFC men take on Eastfield FC this Saturday in a low-key friendly at the Wadham Lodge Stadium.

Geoff Ocran’s side were originally scheduled to take on Hillingdon FC in the league, but this has been postponed due to the Uxbridge-based side making progress in the FA Vase.

The Eastfield tie has been popped into the diary to keep the players ticking over ahead of some challenging fixtures this autumn.

They will be looking to build on last Saturday’s excellent Alec Smith Cup win over Hillingdon, where this season’s new look Tons really started to click.

Based just down Hoe Street in Leyton, Eastfield have already played CCFC three times. Our home clash in last season’s Middlesex County Football League Division One (Central and East) was a tight 1-1 draw.

Next, Clapton won a mid-season friendly 2-1. Then, at Eastfield’s Ive Farm ground, the Tons triumphed 6-4 in one of the most entertaining games of a highly-entertaining campaign.

Eastfield were formed in 2012, as part of the legacy of the London Olympics.

They will be keen to repeat Clapton’s feat and escape the division. Rivalry will come in the form of some familiar names: Wilberforce Wanderers, The Curve and cow-fans FC Roast. Joining them will be new entrants Camden & Islington, FC Soma, Jolof Sports, Leatherhead Academy, London City and Priory Park Rangers.

This game will conclude Eastfield’s pre-season. Their league campaign gets underway with a trip to East Ham to play Jolof Sports next Saturday.

The Wadham Lodge Stadium is about 20 minutes walk from Walthamstow Central station. Turn onto Hoe Street and follow the road all the way along (past the junction with The Bell pub) until Chingford Lane. Continue past Sir George Monoux 6th Form College and take the first right onto Brookscroft Road then left onto Kitchener Road.