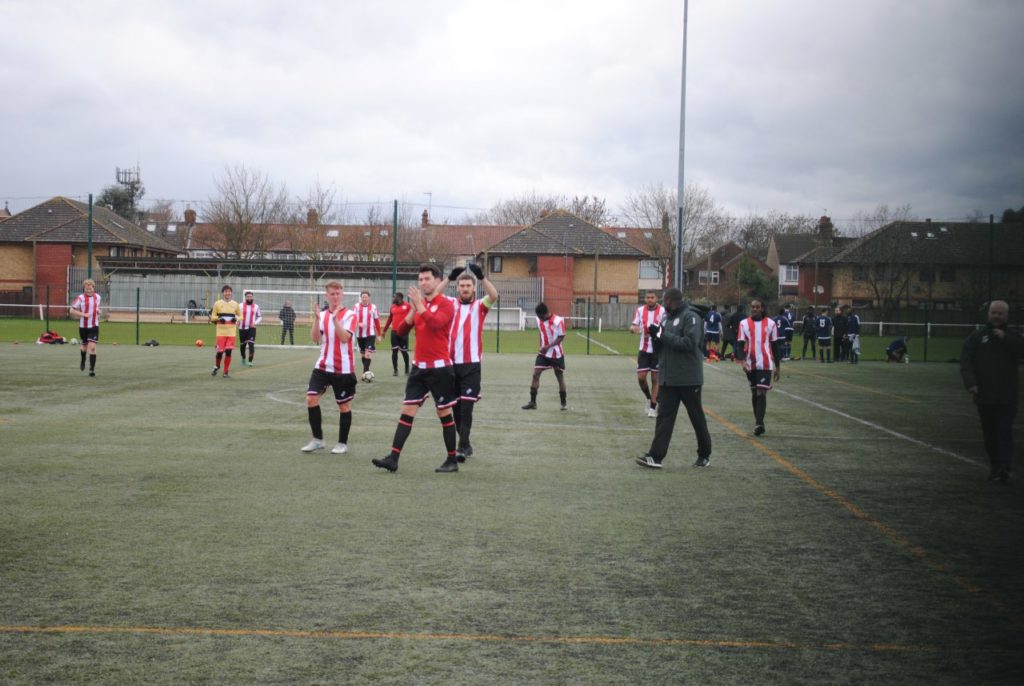 Clapton CFC are gradually finding their form again after notching up a second win in a row in this low-key friendly versus Eastfield.

The two teams were due to play each other in the league at Eastfield’s home, Ive Farm Sports Ground in Leyton, but had to be postponed as a hockey tournament was taking place there instead.

Player-manager Geoff Ocran took the chance of arranging a friendly on the 3G pitch at Wadham Lodge rather than face a free weekend and gave several players some welcome game time.

For the second week in a row, penalties proved decisive. After beating London Samurai in a shootout in the Jim Rogers Presidents Cup quarter-final, this time it was two penalty saves in either half that helped Clapton CFC to victory.

Mr Versatile, Ashley Headley, usually a defender but playing the first half in goal, superbly saved a penalty midway through the first half with the game finally poised at 0-0.

From almost going behind from the spot, within minutes CCFC were soon 2-0 up.

It was pleasing to see a fine strike from Eliot Crosbie, who despite several man-of-the-match performances recently hadn’t scored in a while.

That was followed soon later by a stunning solo goal by Stefan Nielsen, dribbling through the defence and shooting low.

At half-time, Vlad Bendovskyy took over in goals and carried on where Headley left off, saving another penalty as well as a string of other fine saves as Eastfield took the game to the Tons.

Late on, Bendovskyy was finally beaten to lose the coveted clean sheet but CCFC held firm after that for a morale-boosting win.

No online vote this week, but a show of hands among the few dozen supporters who came along gave it to Bendovskyy.