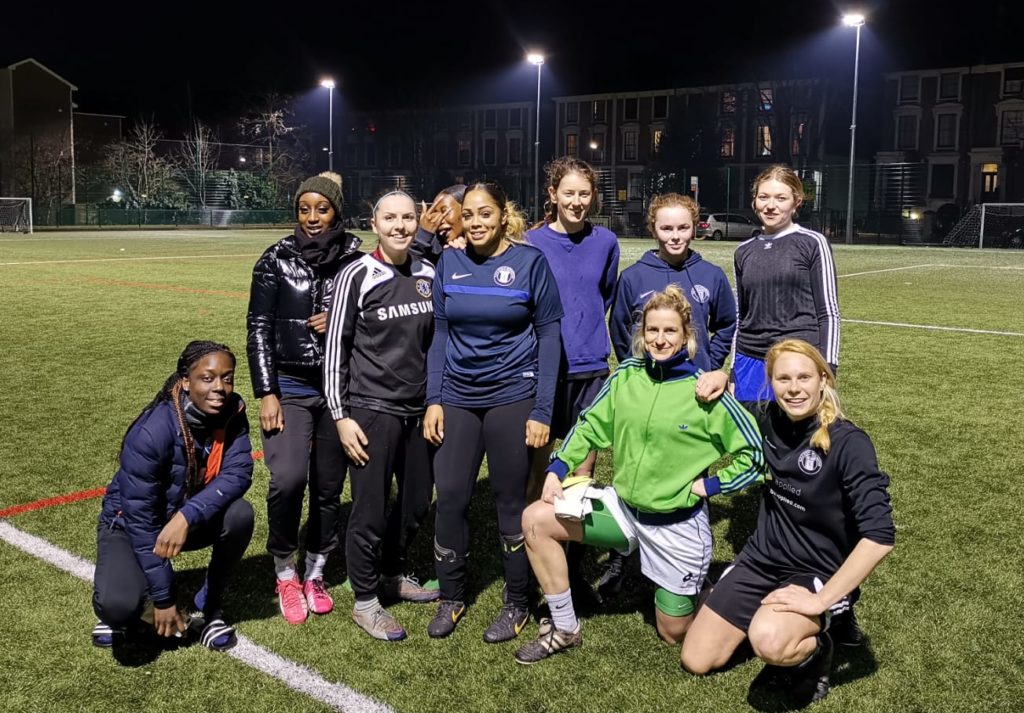 Clapton CFC are delighted to announce that the men’s and women’s team will play a double header of friendlies at the Stray Dog.

As advertised before, the men’s team will take on MCFL Premier Division rivals NW London at 2pm on Saturday. August 3rd, in one of our final pre-season games.

Now the women’s team have arranged their first friendly to take place immediately afterwards, against Santacruzense at 4.30pm on Saturday, August 3rd. Our opponents are a new team who will play in the Clapham Women’s Saturday Football League.

It is hoped that the women’s team’s new head coach may be in post by then, with the recruitment process well underway.

This will be a great opportunity to welcome the women’s team – who previously played as AFC Stoke Newington – to the CCFC set-up.

It’s also the last home friendly for the men’s team before they head to Germany to play Roter Stern Leipzig to help mark their 20th anniversary and then start the MCFL Premier season,

During the season, the men’s team play on Saturday afternoons and the women’s team on Sunday afternoons, so this may be a rare chance to see both play, one after the other.