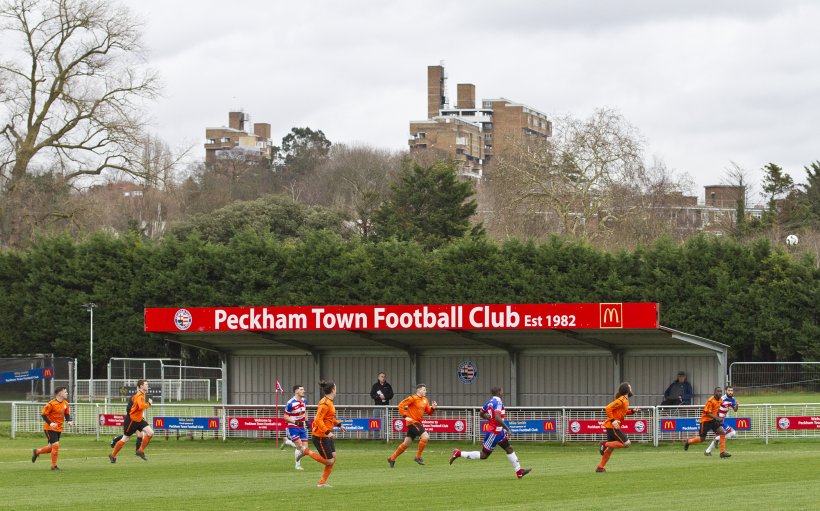 If you’ve been marking off the days till the football comes back, worry not, because Clapton CFC can now announce our pre-season schedule for the men’s team.

The games begin in early July and include an overseas trip and two games at the Stray Dog before we start our league season at the Wadham Lodge stadium next door.

We’ll be playing three at home, three away, three against clubs at the same Step 7 level as us, as Geoff Ocran gets his players firing on all cylinders for the new Middlesex County Football League Premier Division season.

All games are open to the public. There may be changes, or additional games added in midweek. so watch this space…

We welcome the five times FA Cup winners, Wanderers FC, back to Walthamstow for the second year. Reformed in 2009 to raise money for UNICEF, they ended up on the wrong end of a 5-2 scoreline when they visited us last pre-season for our first home game. Despite impressing that day, they struggled in the Surrey South East Combination Junior Division One but have high hopes for the new season.

Clapton CFC stay in East London for their second pre-season game, facing higher division opposition in Eastern Counties League’s Lopes Tavares FC. Formed in 2016, the young side benefitted from an FA restructure which promoted them several divisions from the Essex Alliance League. Their home is usually the Terence McMillan Stadium in Plaistow but  If you’re doing your research, encounter with Hashtag United last year is available on YouTube.

Our first look at how the Tons can stand up against their MCFL Premier rivals this season. This will be the second meeting between the two sides after a pre-season friendly at Mabley Green last year which saw Clapton notch up their first ever goals and win in a 2-4 victory at the charity fundraiser match. They finished last season with a respectable mid table finish and will be looking to kick it up to the next level this year.

A late addition to the list as we take on Step 5 side Walthamstow FC, who are the main tenants of the Wadham Lodge Stadium, where we will play this season. We’ve met once before, with our friends and neighbours winning 1-0, a result that certainly did not disgrace the Tons. This is a Thursday night match as both sides look to step up their fitness levels ahead of the new season.

The Tons head south of the river to take on Peckham Town, who finished third in the Kent County Football League, the same level as the MCFL Premier. The club draw heavily on players from the local community and have their own vocal support in the form of the Menace Ultras.

NW are one of the other three teams to get promoted to the MCFL Premier alongside champions CCFC. They provided us with some of our most challenging league encounters last season. We faced the club nicknamed The Gorillas on three occasions, resulting in a win, a loss and a nail-biting draw. A strong showing by either side will allow them to take some valuable momentum into the start of the league season.

Following our trip to Barcelona in the Spring, CCFC are going international again to face legends of the fan owned football scene RS Leipzig. We’ve been invited to play a friendly as part of the club’s 20th anniversary celebrations. They play quite a lot higher than us in the German pyramid and will be a stern challenge. However, it’s sure to be a hell of a party with some old friends.