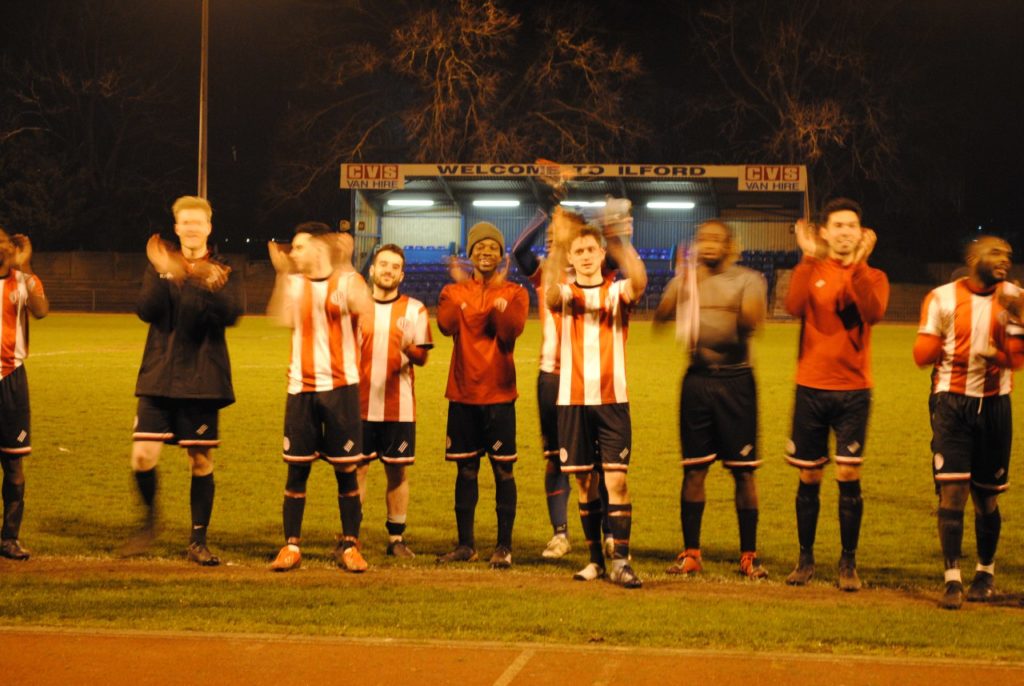 Clapton CFC earned our first ever nil-nil draw as Step 5 side Barkingside celebrated their 120th season.

Player-manager Geoff Ocran rang the changes, with players such as Bogdan Panescu, Jon Akaly, Phil Blakesley and Tom Carding handed a chance to stake their claim for a more regular spot.

However, it was the subs bench that caught the eye, featuring Tons legend Jerry Jariette alongside coaches Stuart Purcell and Tolga Ulasan.

Reserves managers Jordan Harris and Alec Simm were in the dugout for Barkingside, and chose four first team players and the rest from their squad.

You may think that’s a weakened team, but Barkingside Reserves are second top of their league, and knocked out Ilford’s first team from the Peter Butcher Memorial Trophy last weekend. Meanwhile Barkingside’s first team are bottom of the league and heading for relegation, despite a revival in form in the second half of the season.

In truth, the home side enjoyed the bulk of the chances but the Tons defence largely held firm, save for some eye-catching saves from Dan Anfossy and a linesman’s flag ruling one out for offside.

The Tons had their moments themselves, with Akaly and Saiid Jaffa among those going close.

However, they really came into the game with the introduction of Jariette in the second half. It was a pleasure to see his dynamic presence in the midfield again.

So it ended 0-0, another clean sheet and another unbeaten game.

A great highlights video by Simon Atterbury, posted on YouTube.

Man of the match

No online vote, because it was just a friendly, however Jerry Jariette got the nod from fans who were there.