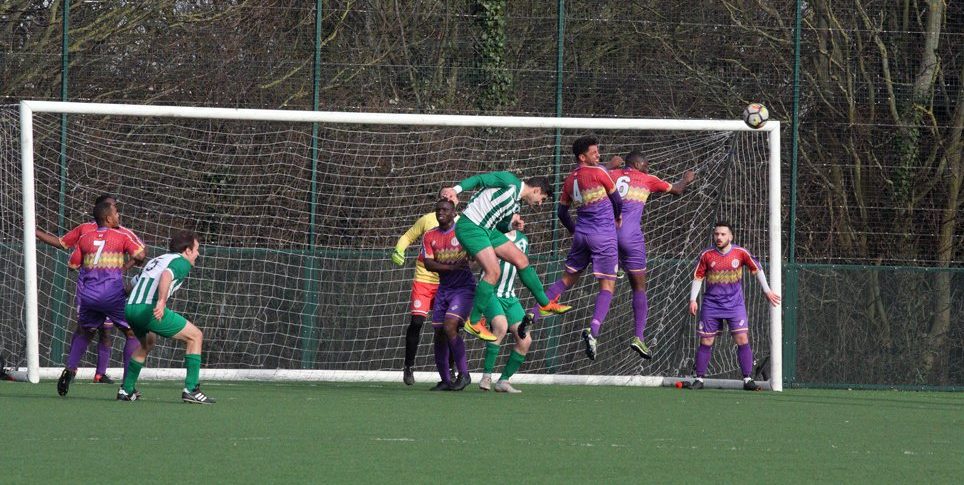 Is Haringey windier than the other parts of London, or have CCFC just happened to play there on the two windiest days of the year?

As with the 2-1 loss to NW London in the adjoining stadium last month, the wind was the twelfth player for whichever team had it at their tails. Although the crowd were Clapton’s twelfth player, so the wind was actually the thirteenth.

The Tons took full advantage of this to build up a big first half lead and breeze into the final of the Jim Rogers President’s Cup.

They really took those chances.

Today’s line-up in the Jim Rogers cup semi. Kick off at 2pm pic.twitter.com/7aD44EYSML

Before the game, Ocran has suggested the 4G pitch would be a challenge. But opening 45 saw his side enjoying the freedom to play that a pristine, flat surface allows.

On eight minutes, Sherwin Stanley expertly guided a curling Stefan Nielsen cross from the right past the goalie on the volley. An early lead for the Tons.

Just afterwards, Wilberforce’s David Gibbons shot from inside the box, but Dan Anfossy sprung agilely to palm away.

Then, Stevens bamboozled a duo of Wanderers midfielders with a sudden turn of pace. He found a seam of space and drove into it. Disregarding options in front of him, he eyed a slice of glory and tried a spectacular lob. It slipped narrowly over…but was worth the try.

The next chance fell to Stanley. A motoring Coleman controlled a lofted pass at pace without breaking his stride, then slotted it through to Clapton’s top scorer. But Wilberforce goalie Joe Garrood blocked the shot with his legs.

On 22 minutes, CCFC doubled their advantage. A Nielsen corner was dropped on Stanley like a pin being dropped on something on Google maps. The unmarked Clapton hitman leapt and nodded back across the goalie into the corner.

Stanley nodded in again from a freekick from deep, but he was adjudged to have been in an offside position. The lino’s cruel flag meant the hattrick was merely deferred, not prevented.

Nielsen, taking inspiration from Stevens’ long-range effort, tried to float in an audacious free kick from his own half. The ball hand in the air for a short eternity as Garrood frantically backpedalled to tip over.

All the goals from yesterday's 4-1 cup semi win to follow.

But here's a near miss for now. @Stefan_Nielsen shoots from inside his own half… pic.twitter.com/cmuqWmkB0f

On 36 minutes, Stanley latched onto another ball over the top. Being forced a touch wide, resisted any urge to shoot and chipped in for the arriving Coleman. The winger kept his cool to take a couple of touches, turn his man and blast in. A commanding 3-0 advantage for the East Londoners.

A couple of minutes later, Anfossy was alert to a rare Wilberforce threat, making a stunning double stop.

Into injury time, Wilberforce had a goal chopped off.

Their attacker propelled both ball and Anfossy over the line in a move that was reminiscent of Bolton Wanderers’ Nat Lofthouse shoulder-charging the Manchester United keeper into the net in the 1958 FA Cup final. This is not allowed in the 2019 Jim Rogers Cup semi final.

Into the second half. It soon became clear that the strong gusts had been making Clapton look more dangerous – and Wilberforce more harmless – than was really the case.

The same kind of swirling, hard-to-read pings that had been causing mayhem in the Wilberforce backline in the opening period were now troubling the visitors.

Fifteen minutes in, a corner dropped to defender David Thorp on the edge of the six yard box. The goal gaped. The Wilberforce man spooned over. 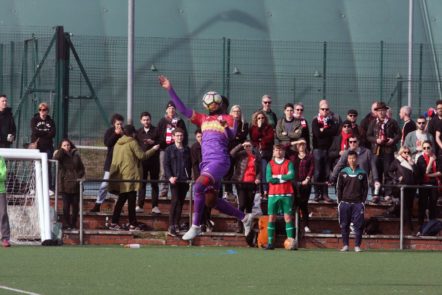 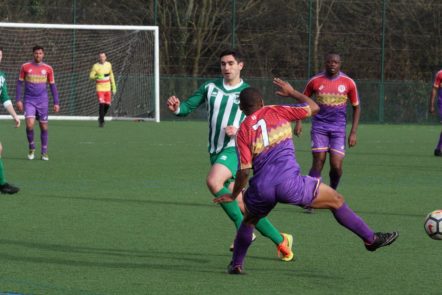 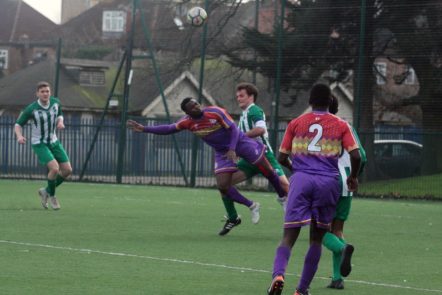 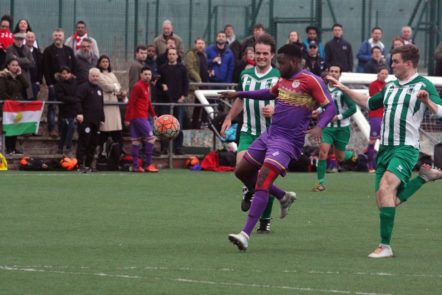 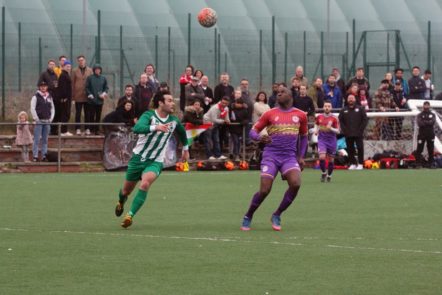 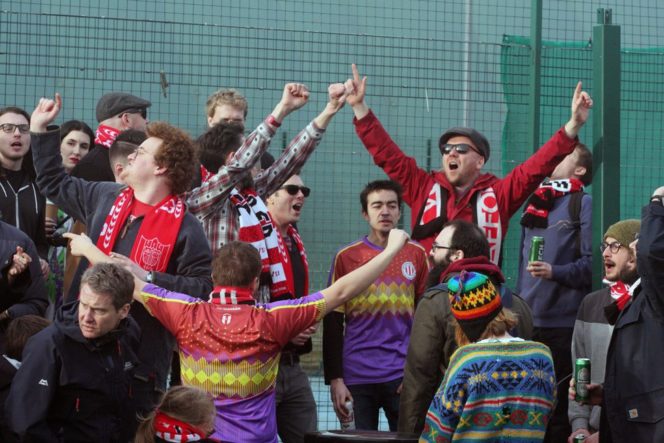 On 62 minutes, Wanderers pulled one back. Imitating the tactic that had worked so well for the Tons, they dropped a ball into the no-man’s-land between keeper and backline. Their number 11 Tiago Pereira capitalised on the confusion to slot in.

The visitors were a bit shaken by this. From another corner shortly afterwards, the ball was headed against the Clapton bar. A short scramble ensued, but the home team couldn’t force it over.

Having absorbed all the pressure Wanderers could muster, the Tons applied the finishing blow. Stanley sprung the offside trap to get on the end of an Eliot Crosbie pass. He then stuck a big lob over Garrood to put the tie to bed.

Next week Clapton return to the same venue to play the same team in the league. Hopefully not in the same weather.

Conceding ten goals in the two meetings this season will have Wilberforce wondering what they need to do to shackle this effervescent Clapton attack.

The Jim Rogers President’s Cup final will be played on April 13th at Uxbridge FC‘s Honeycroft ground, in the far west of historic Middlesex county. The opposition will be either Hilltop or New Hanford, both from the western division of the MCFL, at the same level as the Tons.

Post match interview with the management and players of Clapton CFC after a 4-1 victory in the Jim Roger's Cup. We're through to the final!

Man of the match poll vs @afcwilberforce