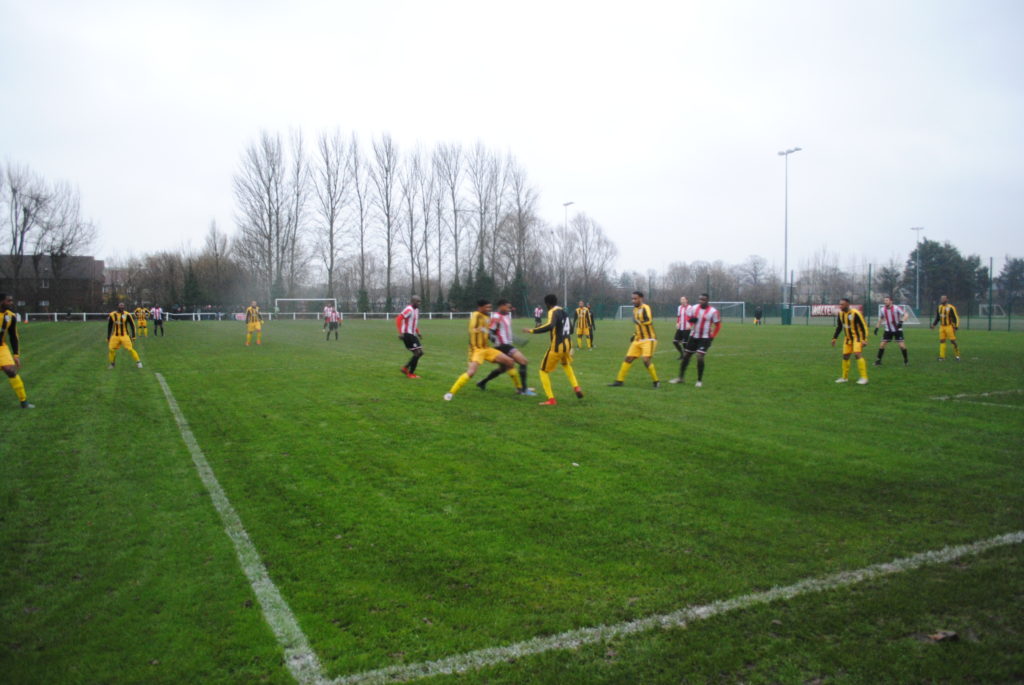 Clapton slumped to a heavy defeat at home to Ealing Town, in brutal December weather.

The result means they go into the new year placed seventh in the league, albeit with games in hand on those above them.

In farcical circumstances, the game almost didn’t happen at all.

The away side’s kit somehow went astray on its way to the Stray Dog, failing to arrive by kick off. When it did finally show up, there was no time to complete a full game before darkness fell.

Clapton CFC were entitled to take the win by default, but agreed to play a shortened game of thirty minutes a half.

There was reason to be confident, coming off the back of a 2-1 away win at The Curve with what Geoff Ocran described as one of CCFC’s strongest ever matchday squads.

The Tons were able to field strike duo Sherwin Stanley and Eliot Crosbie together for the first time in almost a month. Centre back Andrew Lastic was deployed at right back.

An incredible 259 dedicated fans endured the cold, wind and rain in the last game before The Stray Dog’s temporary stand is erected.

Out of the traps

The opening exchanges saw decent chances at both ends. The Ealing keeper saved a smart Stefan Nielsen shot with his feet in the first minute.

Then, an Eagles attacker took the ball round Tons keeper Vlad Bendovskyy and slotted home only to be adjudged to be offside.

On 11 minutes, Lewis Owiredu swung the ball in from the left. It dropped perfectly onto the head of an unmarked Stanley, who nodded into the corner from close range.

Ealing almost equalised directly from the restart, when they again rushed through on goal. Bendovskyy stood up to make a super stop.

Then came a real turning point in the match.

Crosbie chased a through pass. The Ealing defender was favourite, but was bullied off the ball. The Clapton hotshot tried to casually slot it under the keeper but an Ealing defender managed to get back onto the line to clear.

After that great chance, Clapton’s grip on the game completely slipped away.

The West London side were playing with a speed and skill with which the Tons were struggling to cope. Above all, their deadly finishing made the difference.

On 20 minutes, Jordan Rocca beautifully curled the ball over Bendovskyy from the angle of the box to equalise. Ten minutes later, Emile Libock broke through with a nice one-two and slotted in (to make the score one-two).

The half time break was shortened in an attempt to chase the last of the day’s natural light.

Aside from a Stanley snapshot that flashed just past the post, there was not much to trouble the opposition goal.

Halfway through the second period, the Eagles stretched their lead when an outrushing Bendovskyy was chipped. Walid Hirsi was in the right place to tap in. 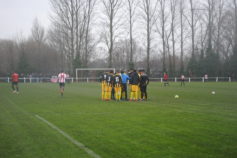 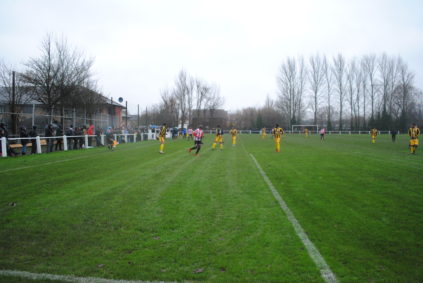 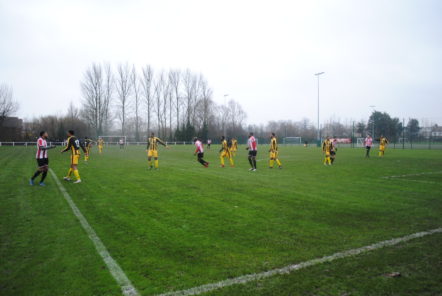 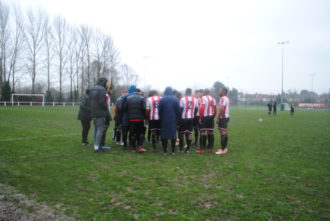 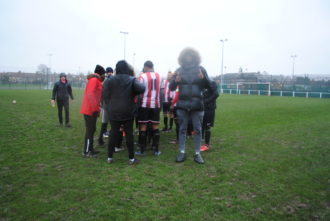 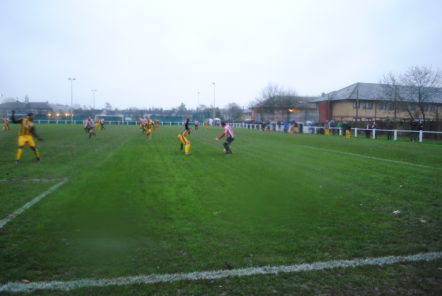 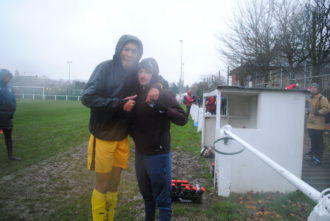 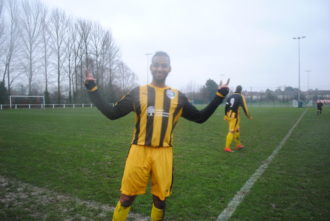 Gallery of photos by Annu Mayor

Shortly afterwards, Bendovskyy again rushed out to try to deal with a through ball. But he and the Clapton centre backs only got in a muddle, allowing Libock to loft in his second and Ealing’s forth.

Out in the cold

By this stage, the Tons fans singing and dancing was more to ward off hyperthermia than in realistic hope of pushing their team towards a result.

The ref blew up after an hour. The way things were going, another 30 would only have brought more misery.

Singing in the rain with @ClaptonCFC – just about dried out and warmed up. Great afternoon despite the 1:4 defeat. Good thing going on in East London. pic.twitter.com/TwoE85krrr

With hindsight, the home side may rue not just taking the three points, but this is a team that wants to play and win football matches.

The Tons will now have a couple of weeks off to plot how they can climb the league table in 2019.

Geoff Ocran and Yacine Rabia reflect on a difficult afternoon and the progress the team has made over the last half year.

There won’t be many Clapton players who will look back on this as their finest hour, but Eliot Crosbie was probably the pick of the attackers who gave Ealing problems in that positive opening 15 minute spell.

Player of the match yesterday was probably the weather.

But apart from that..