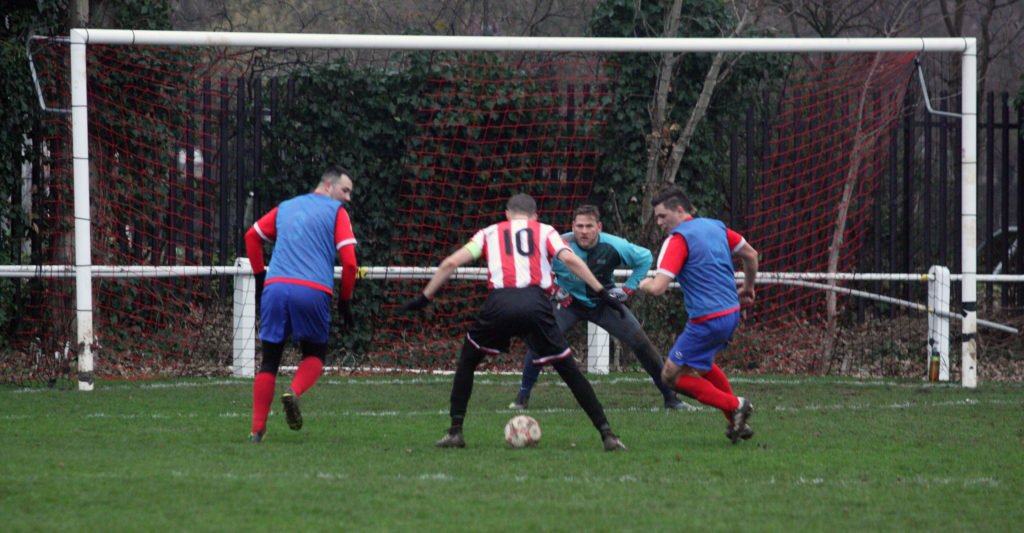 FC Star London emerged victorious from an exciting league clash at The Stray Dog on Saturday afternoon. Clapton CFC had strong spells and a flurry of late chances, but the clinical finishing of the visitors made the difference.

Without Jordan Odofin, who had recently moved to Cambridge City, Tons player-manager Geoff Ocran gave Alex Akanbi a debut in central defence, with fellow newcomer Cemal Agdelen on the bench.

Having only brought their red home kits, FC Star had to borrow some blue bibs to avoid a clash.

There were no clear cut chances until quarter of an hour in. That first opportunity fell to Star forward Cosmin Dragan, who ran onto a chipped ball into the area only to have his shot stopped by the feet of Dan Anfossy.

On 20 minutes Star thought they had taken the lead when Ilie Cristinel turned in a cutback from the right touchline. The assistant flagged that the ball had gone over that touchline and the goal was chalked off.

Against the run of play, Clapton then took the lead. Josh Adejokun rushed into the right side of the penalty box to meet a chipped through ball from Ocran. He shrugged off the Star defender and slotted home.

With 25 minutes played, the dangerous Dragan burst into the box and took it round Anfossy. He stroked it goalwards but defender Ashley Headley was on the line to turn behind for a corner.

Eliot Crosbie then had a chance to double the home side’s lead when he bustled into the penalty area. He feigned and feigned, the Star defenders backed off and backed off, but his shot curled straight into the goalie’s arms.

Didn’t catch the scoreboard at end but it finished @ClaptonCFC 1 FC Star 3. But today was all about the fantastic temporary scaffold. Well done everyone involved. Sound is great in there! pic.twitter.com/R7HSJQVDqi

The fans in the gleaming new scaffold struck up a chorus of ‘come on Geoffrey Ocran, score a goal for Clapton.’ Just then, Crosbie beautiful flicked the ball into the path of the Tons gaffer, rushing through on goal. But it would have been too perfect – the Star keeper came out to smother it.

With the clock ticking towards halftime, Cristinel drove through the heart of midfield, breezing past a couple of CCFC players. He then absolutely smacked it towards the top right corner. It cannoned off the underside of the bar and in.

This was probably the most beautiful goal the Stray Dog has seen to date.

The second half started much like the first, with a lot of midfield battling but little goalmouth action.

On the 60 minute mark, Star broke upfield from a wasted Clapton free kick at the other end. The ball was fizzed in from the right but the player who tapped into the net had been offside.

This warning shot wasn’t heeded by the home side. A few minutes later a loose ball dropped in the box and Dragan slotted it past Anfossy to give Star the lead.

It was nearly worse for the Tons when an FC Star attacker found himself alone in the box with just the keeper to beat. However Headley powered back to make a crunching challenge that prevented a likely goal.

In spite of this, Clapton were applying most of the second half pressure. Crosbie had a turn and shot from outside the box that went straight to the Star goalie. Sherwin Stanley tried a chip that skewed just wide of the post.

The closing stages saw a succession of crosses flying into the six yard box, but a wall of bibbed Star men were deflecting everything.

Then, the sucker punch.

Some slack play at the back gifted the ball to a Star attacker, who lifted into the box. Time metaphorically stood still. The Clapton defence literally stood still. Cristinel darted round a helpless Anfossy to score. 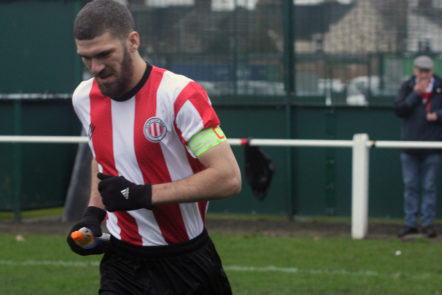 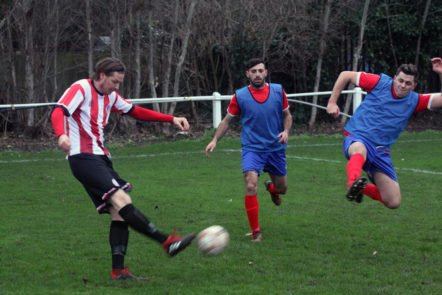 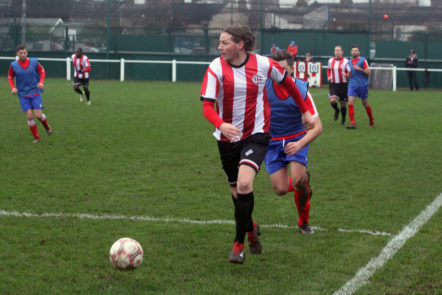 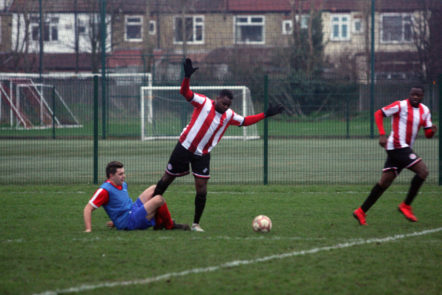 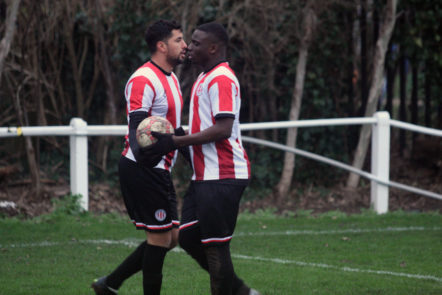 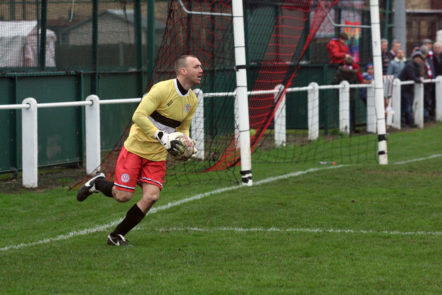 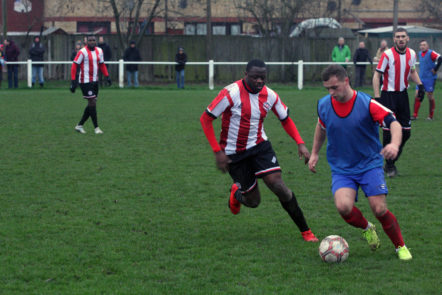 Only upon going 3-1 down did Clapton really pile the pressure on their opponents. Injury time saw a full on assault on the Star goal, that somehow failed to even offer a consolation goal.

Substitute Agdelen had a good shot that was pushed round the post. From the resulting corner the ball was agonisingly close to floating straight in but was cleared off the line.

The crowd bayed that it had crossed the line. VAR hand signals were made by fans behind the goal. The ref was having none of it.

Another corner again caused chaos but no-one in red and white could bundle it in. The last chance to go a-begging saw sub Phil Blakesley chip over the top to Stanley, who volleyed straight at the keeper.

The positive for Clapton is that with so many quality teams in the league, they are all bound to take points off each other. The negative is that they are mostly taking points off Clapton as well.

Up next is a trip to Southwest London to play a table-topping Stonewall FC side who have only lost once this season.

We caught up with Clapton’s management team of Geoff Ocran, Yacine Rabia and Stu Purcell to get their thoughts on a second disappointing defeat in a row.

New Ton Akanbi quickly won the fans over with an assured performance at the back.

Yesterday’s man of the match poll…