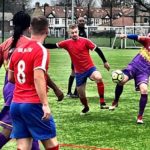 In tricky conditions, Clapton Community kept their winning run going away to Walthamstow rivals FC Star London. As seems to be the case every time the Tons have played this year, it was blowing a gale. The ball was flying all over the place in a highly unpredictable manner. Most corners just flew directly out […] 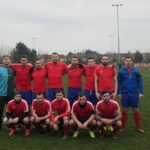 This Saturday, Clapton Community have a crucial league clash against Walthamstow neighbours FC Star London. The Romanian heritage side currently sit sixth in the table, a point behind Clapton. Only a win will do for both sides if they wish to escape the mid-table pack and make a late bid to reel in Stonewall and […] 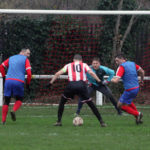 FC Star London emerged victorious from an exciting league clash at The Stray Dog on Saturday afternoon. Clapton CFC had strong spells and a flurry of late chances, but the clinical finishing of the visitors made the difference. Without Jordan Odofin, who had recently moved to Cambridge City, Tons player-manager Geoff Ocran gave Alex Akanbi a debut in […] 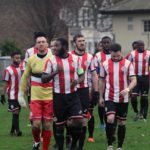 A home clash with FC Star London sees Clapton Community return to action after a three week break. The visitors are a Romanian heritage side who have recently changed their name from AFC United.  Last season they finished third in this league. The year before, they actually came top, but could not go up due […]