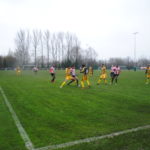 Clapton slumped to a heavy defeat at home to Ealing Town, in brutal December weather. The result means they go into the new year placed seventh in the league, albeit with games in hand on those above them. Ealing comedy In farcical circumstances, the game almost didn’t happen at all. The away side’s kit somehow […] 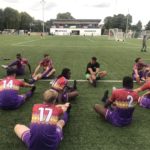 Back in the sunny days of September, before the world’s media at the height of away shirt mania, Clapton CFC took to the pitch for our first ever competitive match against Ealing Town FC. In a hard-fought encounter in Acton, the Tons came back from a goal down to secure a win on the opening […] 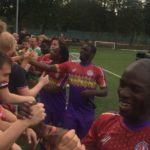 Clapton Community FC staged a fine second half comeback to get the league season up and running with three points – but it was mighty close. Player-manager Geoff Ocran selected a familiar looking side that had bonded over the long pre-season. Two names missing, however, were goalkeeper Vlad Bendovskyy and forward Bogdan Panescu, whose international clearance have […] 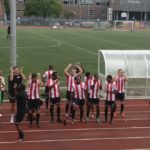 After a pre-season filled with thrills, spills and a bewildering but welcome viral media explosion, Clapton Community Football Club are finally taking the pitch for their first competitive game of the season. The Middlesex County Football League campaign begins this Saturday at 3pm with a trip along the Overground to face the resurrected Ealing Town […] 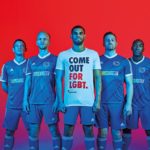