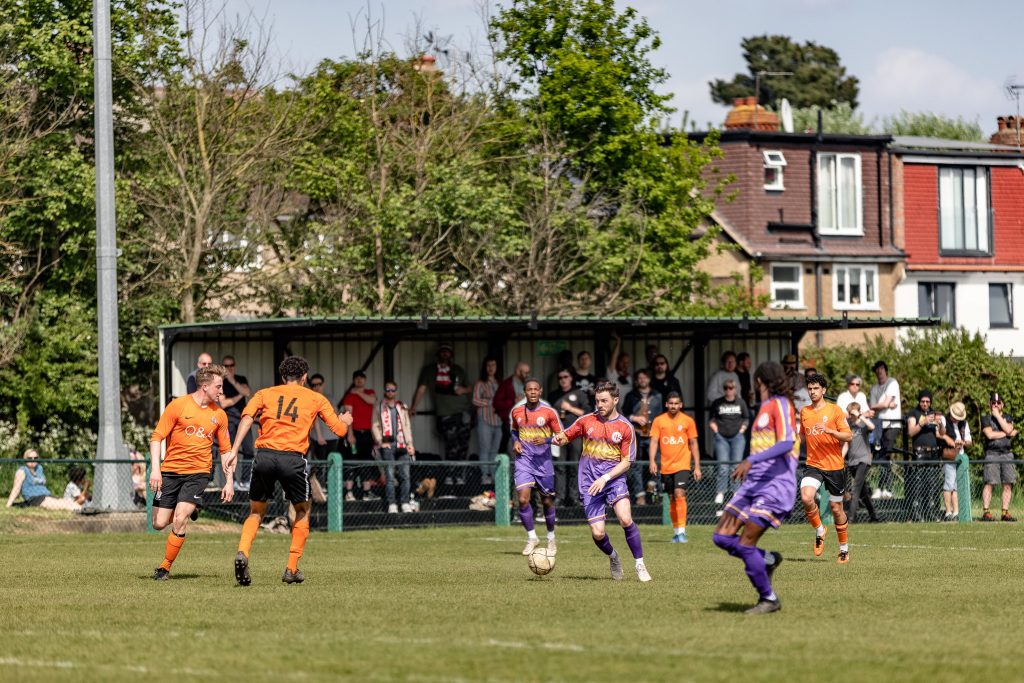 The Clapton CFC men’s first team couldn’t find a way through the Pitshanger Dynamo defence as they slumped to a disappointing defeat ahead of next week’s cup final against Kensington Dragons.

It was a game of two halves, with the Tons just unable to stamp any authority in the first half, while in the second half we spurned a load of chances.

Pitshanger, who are in the relegation zone, took the league in confusing style around the 20 minute mark. A shot from inside the area was ruled to have crossed the line.

It looked from the terraces at North Greenford United’s Berkeley Fields ground that it had bounced off the crossbar and out. However, officials indicated it had hit the top of the net and out again, due to the goal nets being tight.

Jack Francis made a superb save from a one-on-one down the left, while he had to deal with repeated shots from long-range.

At the other end, the Tons went closest with a Fred Taylor shot which rattled off the crossbar (definitely the crossbar this time) and out.

Just before half-time, Dean Bouho was sin-binned, possibly the first time we’ve seen it used this season. Rumour was that he’d loudly shouted the f-word so it was ten minutes on the sidelines for foul and abusive language.

The second half saw an immediate uptick in the CCFC play. Player-manager Geoff Ocran brought himself off the bench, along with Samba Badjana, to make the midfield more solid.

The change of tactics worked, and it was mainly one-way traffic in the second half, but the equaliser just wouldn’t come.

Taylor and Jake Stevens, Reece Bartholomew and Josh Adejokun all went close but Dynamo held firm to seal a precious three points for their relegation battle.

For the Tons, less was riding on the game, with promotion off the agenda and likely to finish in third spot in the league.

However, Ocran had wanted some form, consistency and confidence going into next week’s cup final.

We go again on Tuesday away against promoted NW London then it’s the cup final – tickets here.