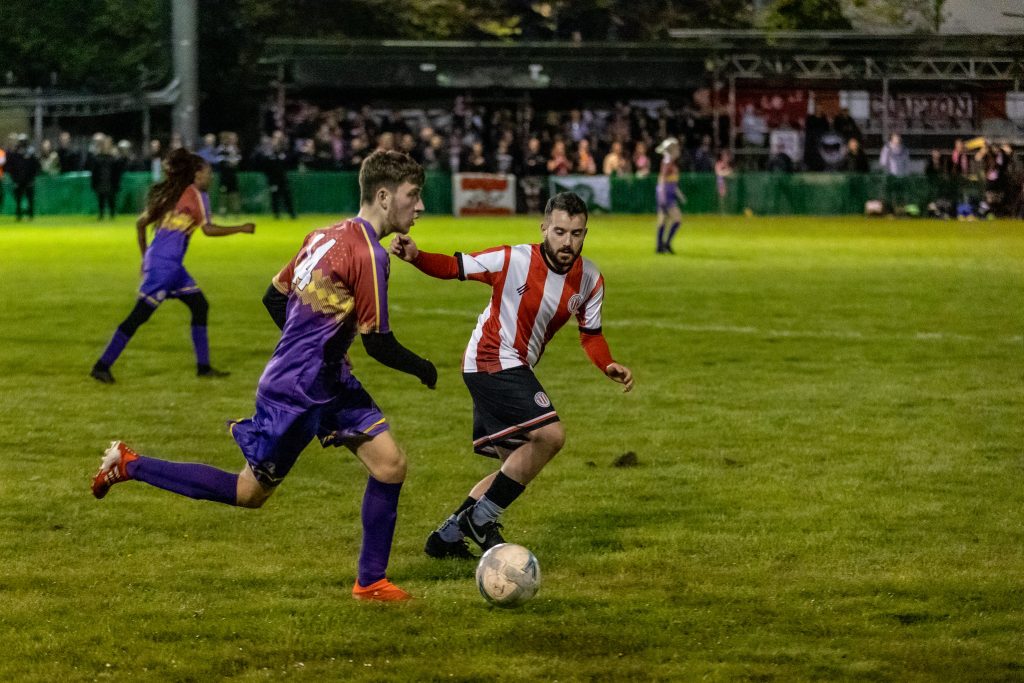 The Clapton Community FC men’s first team unfortunately has had to withdraw its application for promotion to Step 6.

The deadline for the Old Spotted Dog Ground to reach the appropriate standard passed at the end of March.

Despite all the hard work and hard cash, our volunteers simply couldn’t make up for the long-term neglect of the ground in time.

This means that NW London have sealed promotion after Cricklewood Wanderers failed to win in midweek.

In truth, it was looking like an extremely slim chance that CCFC could overtake NW London but the ground grading news confirms it.

The only other two Middlesex County Football League promotion applicants – FC Soma and Sporting Hackney – have run out of games and can’t now hit the top spot.

For many members, the prospect of starting next season in our own ground, and potentially gunning for promotion, is an exciting one. It’s going to be a busy summer to see if we can make that happen.

Ground grading standards for Step 6 clubs are a big leap from requirements at Step 7. Higher standards are needed across the entire ground, including inside the clubhouse, a high standard for the quality of the floodlights, a minimum standard and number of covered seats and improvements to the standard of fencing.

Most essential, however, for the Old Spotted Dog Ground to host competitive football again is the construction of new changing rooms.

The appeal for the changing rooms is currently just over £20,000 on its £25k target as the generosity of Tons far and wide has been incredible and has taken us close to our target.

You can click here to view the donation page to read more and donate if you can.

If you have a fundraising idea and would like to contribute, we would love to hear from you. Please email osd@claptoncfc.co.uk to contact the Trust fundraising team and they will get back to you quickly about how they can support.

The women’s first team promotion application will be unaffected by ground grading issues. We will find out after the season ends if we are successful in going up to the London & South East Regional League. More on that to follow.