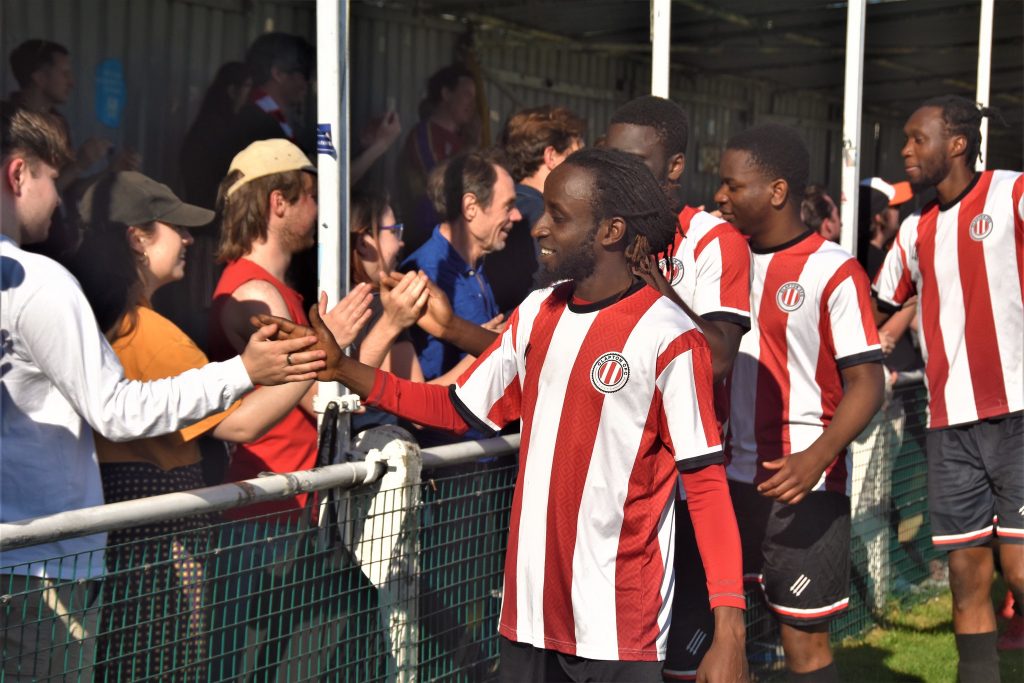 An early goal and a clean sheet was enough for Clapton CFC men’s first team to seal a hard-earned win in the sunshine at Wadham Lodge Stadium.

The goal came just eight minutes in from Arthur Wright, his seventeenth of the season.

Fred Taylor‘s shot from inside the area was blocked, but Wright was quickest to poke the ball past the Dragons keeper.

Thereafter the Tons wasted several chances to seal the win. Jake Stevens – back from a long-term injury – tried a lob from 40 yards out that drifted wide. Samba Badjana blazed over the bar from the edge of the box.

But we nevertheless held on for a narrow win, thanks to a string of saves from Jack Francis and a superb clearance from Dean Bouho in particular.

After the abandonment of the last game against Brentham due to a mass brawl involving players from both sides, it was a pleasant return to normality in the sunshine.

It was also the first time that young winger Reece Bartholomew grabbed the player of the match vote.