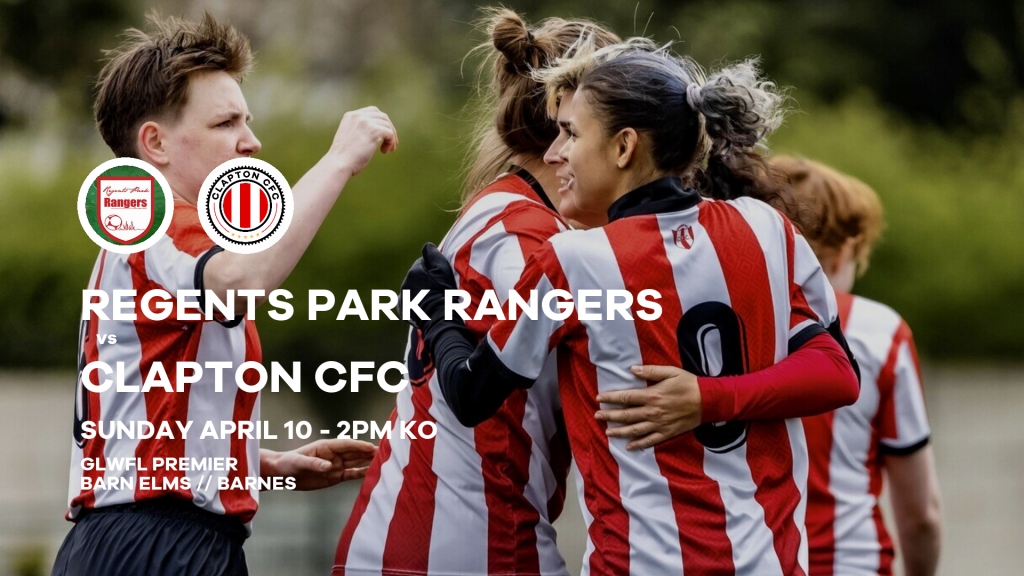 There’s no room for error now for the Clapton CFC women’s first team going into the last three league games of the season.

After defeats against Comets and Bromley – our only two losses of the season – we need three points on Sunday to keep on track for finishing runners-up and a very remote chance of first.

The teams met in the league at Wadham Lodge in November, with the Tons winning 4-2 on the third grass pitch.

We followed it up with a 6-1 win in the Capital Women’s Cup on the Stray Dog pitch. That was our first game on the way to the final of the competition.

Our previous visit to Barn Elms in Barnes this season meanwhile was a 2-0 win at Comets.

Other supporters may know the ground as the former home of Stonewall FC.

Regents Park Rangers are just above the relegation zone but are mathematically safe, while they are on the back of two cup wins.

CCFC’s form meanwhile has been up and down in recent weeks though we ground out a good win at Edgware Town last weekend to reach the league cup semi-final.

The game is likely to be in the open area of Barn Elms Playing Fields, rather than the athletics stadium area, with admission free.

The nearest stations are Barnes and Barnes Bridge on the overground, both around 15 minutes walk away, in Zone 3.

Putney Bridge and Hammersmith in Zone 2 on the District Line are about a 30 minute walk across the river.