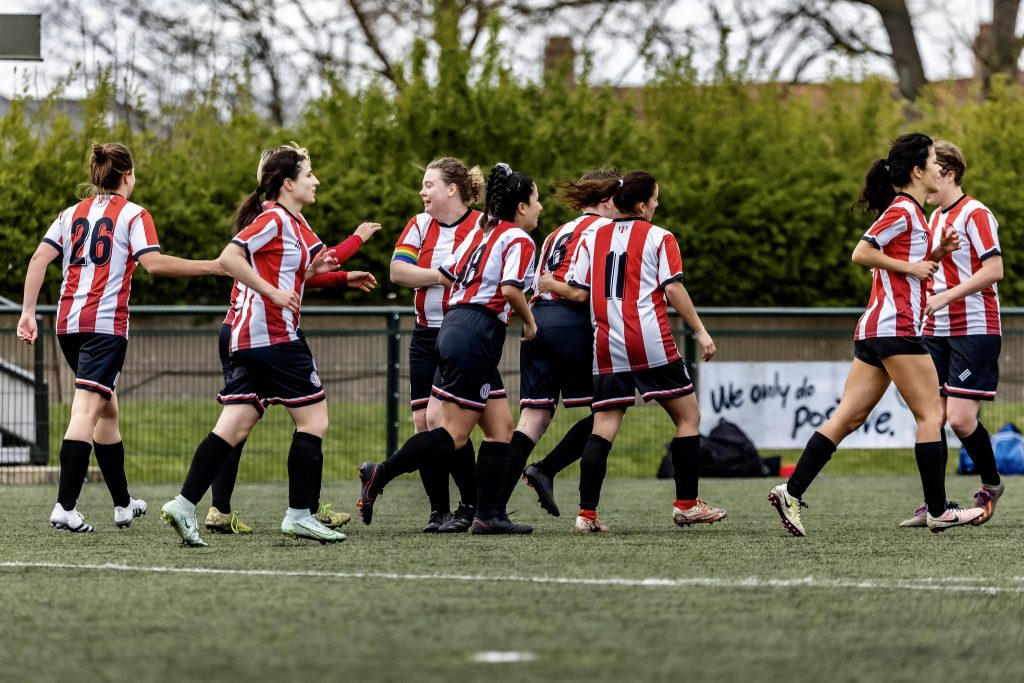 After the thrilling penalty shoot-out win against QPR in the third round of the Greater London Women’s Football League Cup, Clapton were drawn away to familiar opposition for the quarter-final.

Having faced Edgware Town twice in the league this season, CCFC knew what to expect. With a few regular faces unavailable for this fixture, Coach Claudio Gomes gave Development team star Lauren Ryan a chance to prove herself in the First team midfield.

CCFC dominated the first half, to that point that replacement goalkeeper Sophia Axelsson didn’t touch the ball for the whole 45 minute half. Not even for a goal kick.

Just over 10 minutes into the game, Clapton were awarded a corner on the preferred side of deadball specialist Marta Boiro. An inswinger made its way towards the back post, which Annie Lyons headed into the back of the net.

Despite having all of the advantage and most of the possession, the Tons struggled to put the ball past the Edgware ‘keeper.

The opposition came out firing on all cylinders in the second half, battling hard for an equaliser. 75 minutes into the game, their hard work paid off. Edgware were awarded a free kick 30 yards out, which their striker Monique Mitchell-Marshall fired right into the roof of the net.

This seemed to be the wake-up call Clapton needed to push forward again, and ten minutes after the Edgware equaliser, CCFC were given their own chance from a set piece. Up stepped Boiro again, and after assessing her angle, she bent like only Boiro can. Despite the Edgware ‘keeper getting her hands on it, she was unable to keep it out of the goal.

Player of the Match

It was a difficult decision to narrow it down to the four that Twitter allow, but it was clear that everyone was hugely impressed with Lauren Ryan’s first team debut.