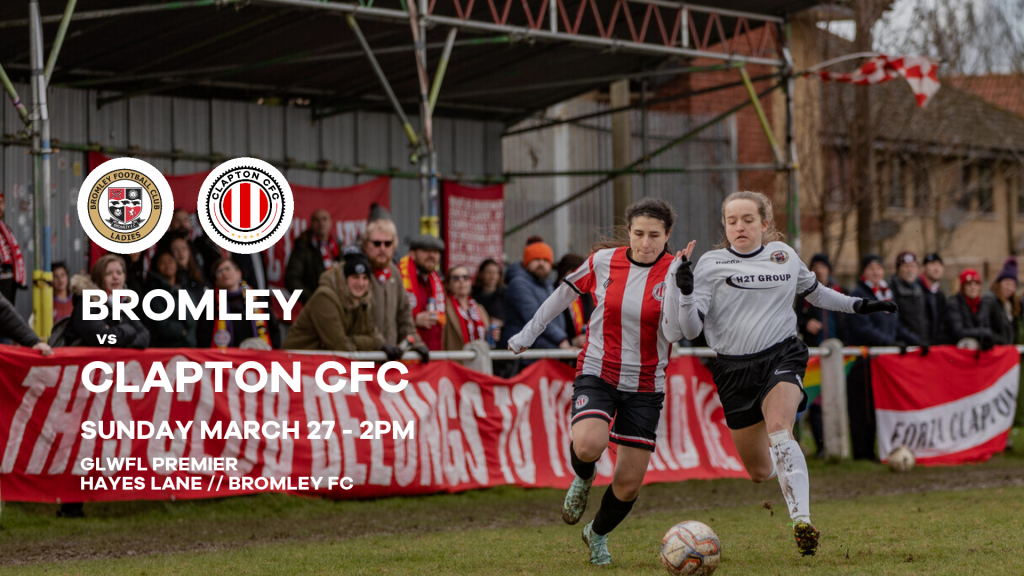 After last week’s marvellous cup exploits, it is back to the Greater London Women’s Football League Premier Division promotion chase for the women’s first team.

We have only four games left, with three of those against the other top four teams, Bromley and Headstone Manor away, and Islington Borough at home.

First up is a tough, tough trip to league leaders Bromley, where the winner will take a massive step towards the GLWFL title.

We met last month on a very muddy Stray Dog, with the Tons triumphing 3-0 thanks to goals from Emily Link (2) and Marta Casanovas.

In fact that win was Bromley’s first league defeat for over two years, during which time they have secured successive promotions.

They have won every single home league game this season, scoring 30 and conceding 3, so we will need all our giant-killing form if we want a positive result.

The Ravens broke their attendance record this season with an excellent crowd of 536 turning for their Women’s FA Cup tie against Hastings United.

While they usually play on Hayes Lane’s second pitch because Crystal Palace Women play on the main pitch, this game is going to be in the stadium.

To confirm, kick off is 2pm, not 3pm as originally advertised.

Admission is free but you need to book a ticket in advance from the Bromley FC website. You can then either print out your ticket or show it in your phone at the entrance.

The Ravens Bar will also be open from midday with Cookie’s Cabin also open serving hot food and drinks.

It takes as little as 16 minutes from London Victoria to Bromley South Station, then a 15 minute walk to Hayes Lane Stadium.

Parking is available at the ground.