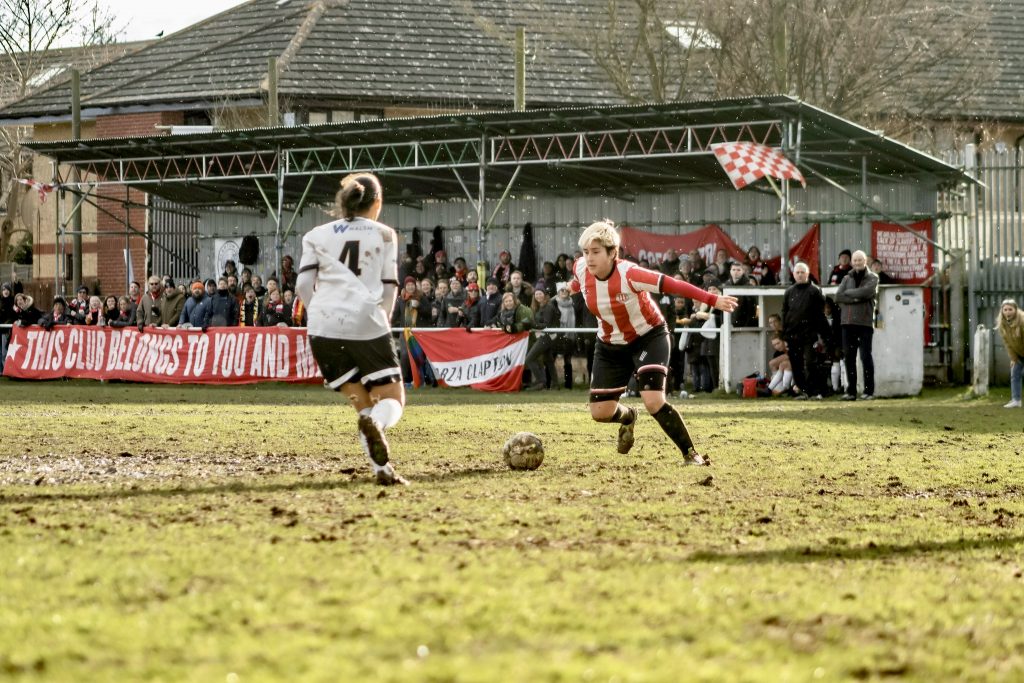 This is the league cup competition for teams in our own Greater London Women’s Football League Premier Division and in the First Division below.

We’re currently at the third round stage although we’ve yet to play a game after a bye then a walkover win over South East Parakeets.

The tournament hasn’t been held for several years, and in our last appearance we fell at the first hurdle with a 1-0 defeat at higher division Clapham.

QPR Reserves are top of the division below us and won 6-1 away in the last round at a full-strength Bromley, who are one of three promotion candidates in our own division.

In short, don’t be lulled into complacency, this will be one of our toughest games of the season.

The latest incarnation of QPR Women began in 2019 and they’re now at tier 5. The team previously called QPR Women changed their name to Hounslow and play in the third tier. Tons fans need no introduction to them after THAT Women’s FA Cup win.

The QPR Reserves team appears to be brand new, only joining the league this season at Division 1 North, but are all set for promotion at the first attempt.

Three of their players are averaging more than a goal a game – Jessica Francis-Weir, Amelia Halawi and Harriet Stiles-Winfield.

The CCFC women’s first team are still in the Capital Women’s Cup, having reached the semi-final with a penalty shoot-out win at Sutton United U23 last weekend.

Clapton CFC vs QPR Reserves is on Sunday, March 6 2022 at 2pm at the Wadham Lodge 3G, Kitchener Road, Walthamstow.

Please note that there is no cover around the 3G pitch so come prepared for the open air.