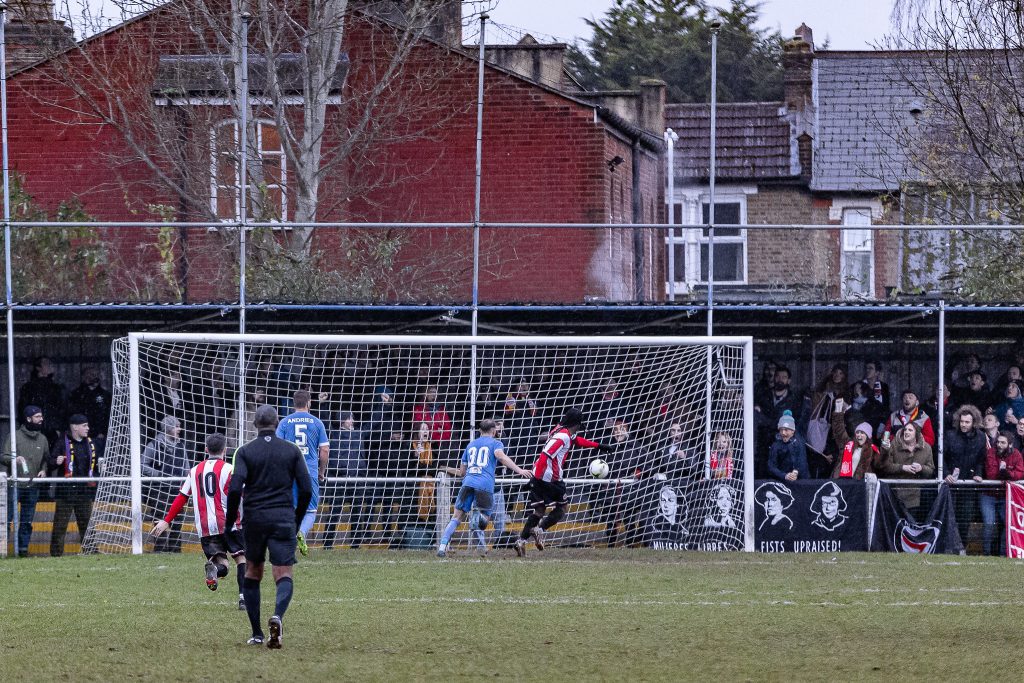 The Clapton Community FC men’s first team are in county cup semi-final action on Saturday at the Wadham Lodge Stadium.

After a tough few weeks – including the bar collapse, the expensive tickets saga and a postponement – it will be fantastic to get back to normality.

The BBC Essex Premier Cup is for teams in the Essex Olympian Football League, the Essex Alliance League and the Essex & Suffolk Border League, with just CCFC flying the flag for the Middlesex County Football League.

We have so far beaten four EOFL sides in the competition, but next up is a semi-final tie against EAL side Woodford East.

Our visitors were formed by a group of friends who had previously played on Sundays together and wanted to start a Saturday team.

They debuted in the 2019/20 season in the Essex Alliance League, beginning in the fourth division and playing at Chigwell.

With six games to play the season ended prematurely due to Covid, while the Peacocks held a six point lead. While no doubt disappointed to not take the title, they were still promoted. In fact they were handed a triple promotion in a restructure of the EAL.

The club found themselves in a similar position, top of the division by six points, when Covid ended the next season too. Once again, however, they were rightly rewarded with a promotion to the EAL Senior Division, which is Step 7, the same level as ourselves.

They’re currently nestled fourth in the table but will move second by winning games in hand, behind leaders DTFC.

They’ve been banging in goals with Lucio Uare, Billy Barr and Adam Tabbani top scorers with 10, 9 and 9 goals respectively.

Geoff Ocran’s Tons have another semi-final to come while they are also among the five in the hunt for promotion. so it could be an exciting end to the season.

If the scores are level at full-time, we will go to extra-time then penalties, if needed.

Clapton CFC vs Woodford East s is on Saturday, March 5 2022 at 2pm at the Wadham Lodge Stadium, Kitchener Road, Walthamstow.