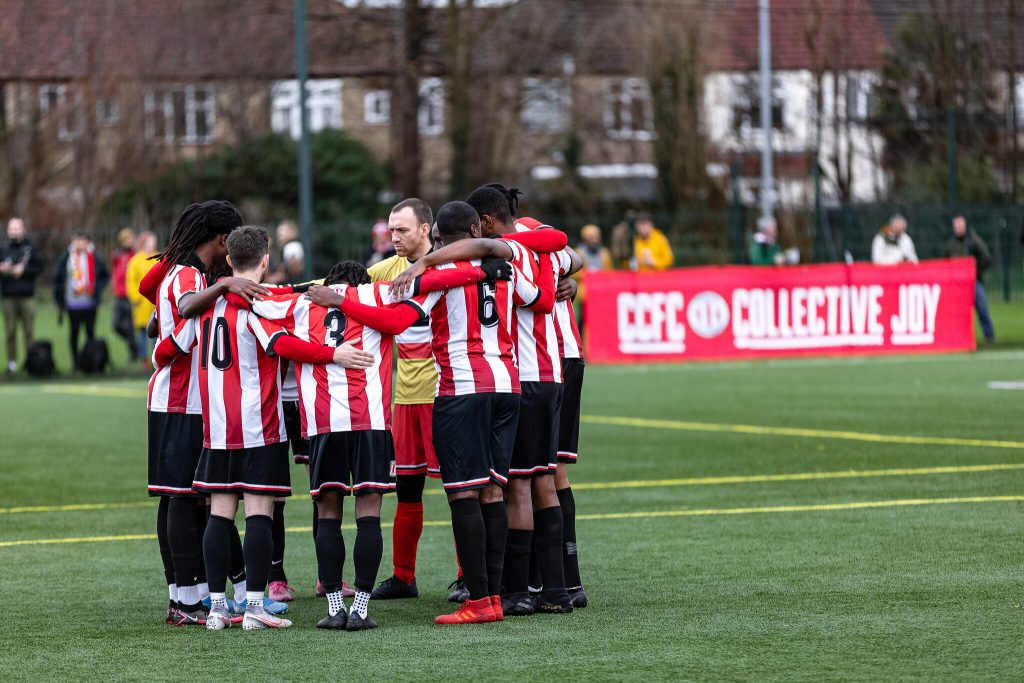 This one will take place at a neutral venue – Oakside Stadium, home of Redbridge FC and Newbury Forest. It will be our first game there since losing the Anagram Records Trophy final against Catholic United in 2019.

We were originally due to play away at Pitshanger Dynamo in the league on this date, and all three pitches at our temporary home Wadham Lodge were subsequently booked by other teams.

This is one of three cup competitions the team are involved in. Last weekend we reached the semi-finals of the Alec Smith Premier Division Cup with a 6-0 win over Larkspur Rovers. Next month we will visit NW London in the quarter-final of the Anagram Records Trophy.

The Tons reached this round of the county cup with a walkover win over Wakebury and victories over Leigh Town and Leigh Ramblers, all from the EOFL too.

Hainault-based Manford Way are one of the previous winners of the BBC Essex Premier Cup, back in 2004/05.

Manford Way stayed there for twelve seasons in a row before relegation two years ago, but they bounced back at the first attempt with promotion last season.

However, in the summer they were hit by a crisis as their management and players left, meaning the club decided to drop down a couple of divisions and rebuild.

They’re now looking for promotion back to Division One and are going well in fourth place with games in hand.

Although two divisions lower than us, they’ve upset the odds several times in this cup already. They’ve knocked out Division Two leaders ACD United and the top two in Division One, Chingford Athletic and Runwell Sports.

Three players, David Alele, James Dobson and Samuel Oramadike have 30 goals between them this season, pretty much three-quarters of all their goals.

The Tons reached this round with a walkover win over Wakebury and victories over Leigh Town and Leigh Ramblers, all from the EOFL.

Oakside Stadium is right next to Barkingside station on the Central Line, in Zone 4. There is free parking in a car park at the ground.