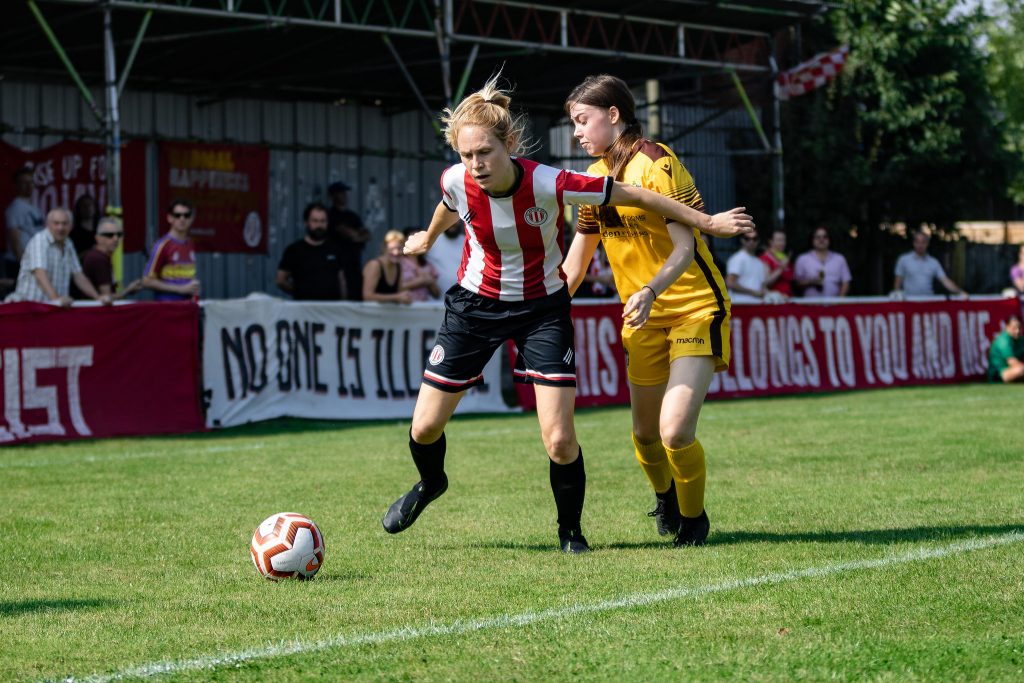 Sutton United U23 have informed us this morning that the Banstead Athletic pitch is unplayable and our match is postponed.

It’s back to the league campaign for the first time since early November for the Clapton CFC’s women’s first team on Sunday – fingers crossed.

The team were due to visit Headstone Manor last Sunday in the league, but the game was called off on the morning due to a waterlogged pitch.

It’s been a long gap due to the epic FA Cup run, walkover wins, postponements and a Christmas break, but it’s back to the league campaign for three games now.

Our hosts are having a good season in their first at this level, having been promoted after finishing second in the Division 1 South last season.

They are sat in mid-table with several good wins and draws, while two weeks ago they knocked out higher division Dulwich Hamlet Reserves in the Capital Women’s Cup.

That result – combined with the Tons’ victory over Regents Park Rangers on the same day – means we meet again next month in the next round, once again away from home.

We met Sutton United U23 on the opening day of the league season, and while we won 5-0 they were a much better side than the scoreline suggests.

The Sutton United first team plays one level higher than us, in the London & South East Regional Women’s League Division One North.

However, it’s in Epsom, Surrey, which is an absolute mission to reach from East London.

For those travelling, admission is free. it’s a 15 minutes walk from Tattenham Corner station, in Zone 6. There’s plenty of car parking at the front.