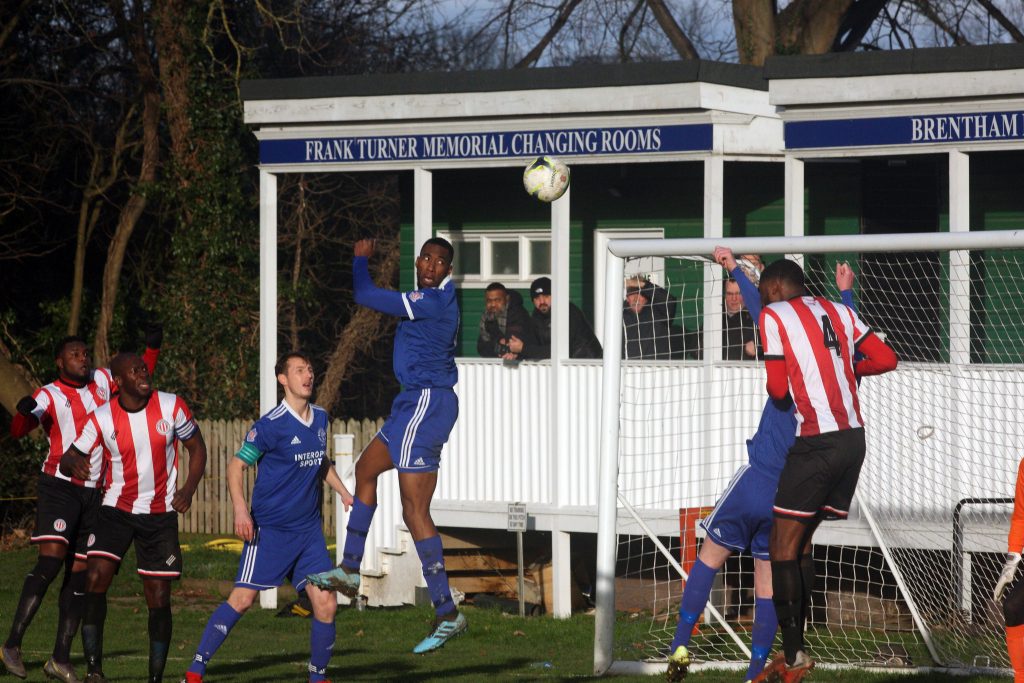 It couldn’t get much harder end to the year for the men’s first team than a trip to Brentham, the side with the annoying habit of denying us wins late on.

The teams have met three times before, and every time Brentham have come back late on to either snatch a win or draw.

Last season, the Tons were 2-0 up in a home game at Wadham Lodge Stadium thanks to goals from Sherwin Stanley and Josh Adejokun but Brentham came back late on to draw 2-2.

The previous season, the Tons were also cruising at 2-0 at Brentham thanks to goals from Sherwin Stanley and Lewis Owiredu – but were pegged back to 2-2 with an injury time equaliser.

Even more annoyingly, Brentham later took our unbeaten home record – albeit this one was switched to Mabley Green in Hackney – when they won 3-2 with the last kick of the game.

Brentham were top of the table the last two seasons when they were abandoned, and although they are in sixth right now, they can go above us and top once more if they win their games in hand.

They boast the top scorer in the league for the last two seasons, Edward Clements, who has netted four times in our three meetings.

He’s an Middlesex County Football League Premier legend, with an unbelievable 74 goals in 97 games for Brentham since joining 2016/17, their first season at this level after promotion.

The Brentham Club was founded in 1919 and is known for cricket, tennis, lawn bowls, darts and bridge as well as football. Fred Perry and Peter Crouch are two illustrious names who played there early in their careers.

Another world famous name Patrice Evra joined the club last summer for training and a friendly to get fit ahead of Soccer Aid.

Brentham FC vs Clapton CFC is on Saturday, December 18 2021 at 2pm at The Brentham Club, 38a Meadvale Rd, Pitshanger, London W5 1NP.

Admission is free, so why not buy a programme for £2 and some refreshments to help support our hosts.

Food and drink is available from the cafe and bar, and as it’s Christmas they will have a table offering mulled wine, mince pies etc.

When entering the grounds, walk straight ahead towards the tennis courts and follow the path left, right (past the bowling green) then left towards the pitch.