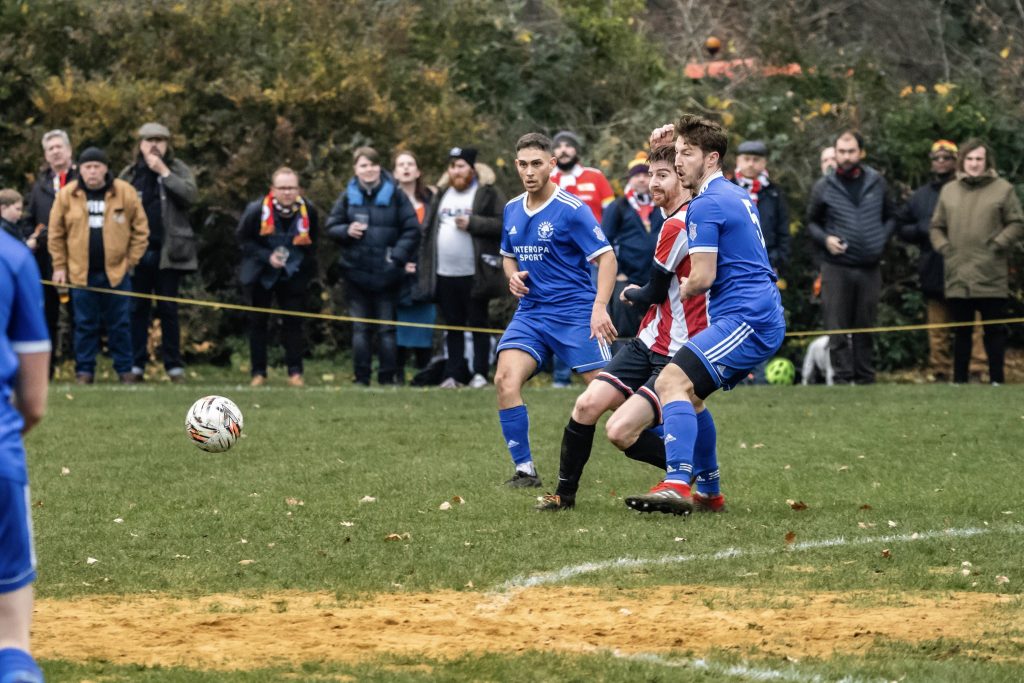 2020 was a shocker of a year all round, 2021 wasn’t much different, and Saturday’s defeat at Brentham in the bleak midwinter did nothing to lighten the mood.

It couldn’t have been much harder end to the year for the men’s first team than a trip to Brentham, the side with the annoying habit of denying us wins late on.

The teams have met three times before, and every time Brentham have come back late on to either snatch a win or draw.

Brentham did indeed come back from behind to take the win, however this time it was much more comfortable, and leaves Geoff Ocran’s team needed a strong second half to the season to keep alive a title challenge.

Clapton named a strong team, including Julian Austin’s first start for 13 months, and with plenty in reserve on the bench.

After a slow start in which Jack Francis was called into action in a goalmouth scramble, Clapton took the lead.

A superb through ball by Austin to Fred Taylor saw his shot cannon off the crossbar straight to Arthur Wright, who skilfully volleyed in.

Despite pressing for a second, that was as good as it got for the Tons. Brentham hit back with two quick goals before half-time; the first headed in from a corner, the second saw Clapton hit on the counterattack.

Soon after the restart the Tons were even further behind, the ball looping up in the box before being slotted home, and a fourth followed shortly after.

The game petered out slightly after that, Brentham’s ruthless game management seeing to that.

The main talking points being the referee having a five-minute long argument with the Brentham bench, and disallowing a perfect good Clapton goal after Brentham’s keeper dropped the ball.

That’s not to say that the Tons were unlucky – the home side deserved the win.

In the gloom there was a little consolation, with Sherwin Stanley slotting home a penalty, but it came too little, too late.