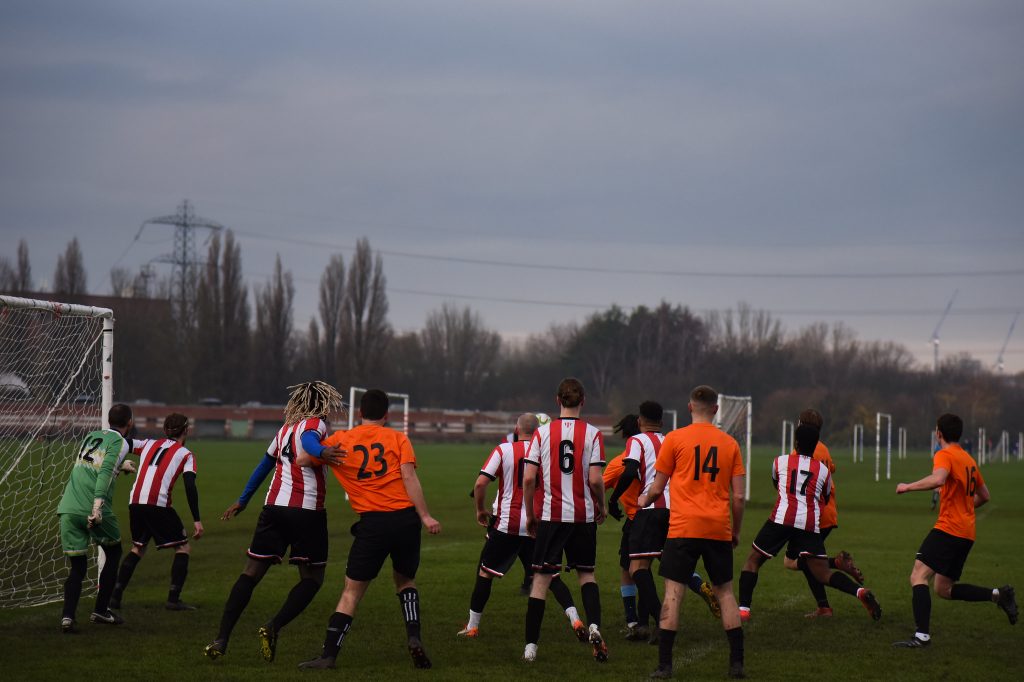 Clapton Men’s Development Team start their season this Sunday in the Hackney and Leyton Sunday Football League Division Three and are aiming for the title, while also providing a pipeline of talent for the first team squad.

The team, led by manager Justin Cummins and assistant manager Tom ‘Offside’ Marsland, will be looking to build on last season’s third place finish, and have put together a strong squad.

Last season the squad was made up of a mixture of fringe first team players, promising youngsters, and seasoned Hackney Marshes pros. Although first team player/manager Geoff Ocran did have to put a few shifts in!

This time around open trials were held through the summer, with a large number of players for the management to whittle down.

The new look squad put in some impressive performances in friendlies throughout August, going through the whole of pre-season unbeaten.

Kicking off with a 6-0 win over Delta Athletic, Mabley Mavericks were then beaten 3-1, a battling 1-1 draw with Parsole Athletic Reserves was next, and finally South London Sharks were overcome 3-2

Familiar faces such as Dan Anfossy and Jon Akaly will be turning out, as will last year’s player of the season Bailey Pryce and top scorer Ben Stannard, complimented by some new talent.

Excitingly the squad features three players from Renaissance FC, one of whom, Shan, will definitely be one to watch having scored 7 goals in 4 games during pre-season. Opportunities for sub striker Marsland (1 goal in 6 games) may now be limited…

This Sunday the Tons start their league campaign against FC 22. The other teams in Division 3 are Millfields FC, Bow Badgers, CSM London II, Fish Island, Gorillas, Hackney & Leyton All Stars, Docklands FC, The Gun, The Wenlock, and Wojack Sunday.

All games take place on Hackney Marshes on Sunday mornings, with a 10:30am kick off (perfect for getting over a hangover).

The Clapton club account will tweet on the day the pitch number and map, and fans are always welcome.