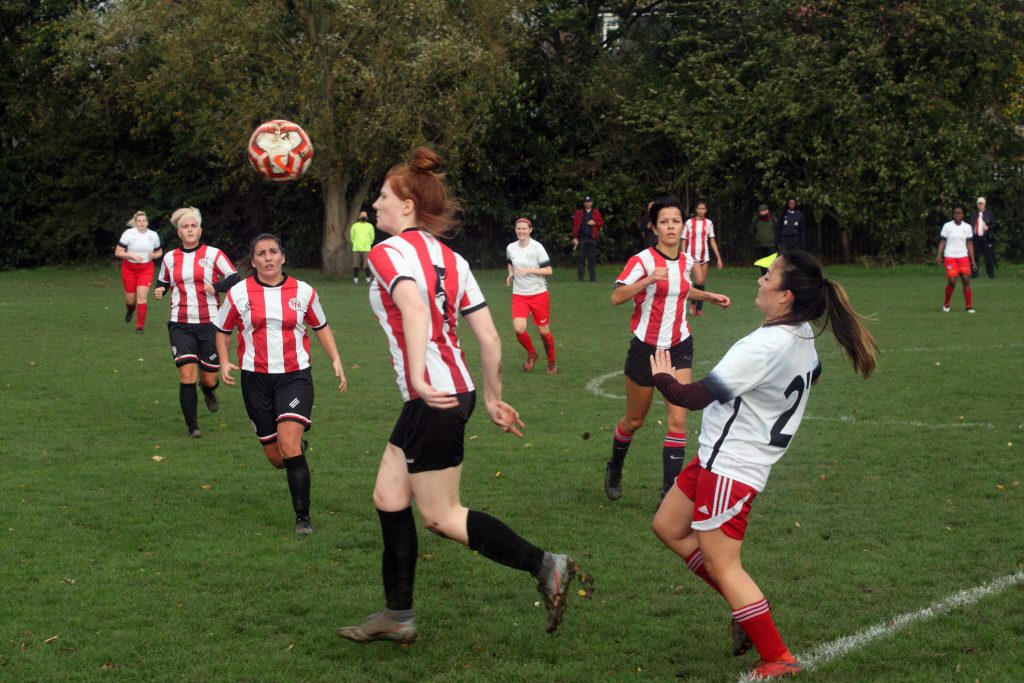 There are lots of changes in the Greater London Women’s Football League Premier Division this season but one thing remains the same – derby day at Islington Borough.

Despite five new teams in the division and some other ground moves, Sunday’s trip to Islington’s home in Highgate is still our shortest of the season.

Last season, a superb performance saw us grab a great 3-1 win on the ‘secret’ third grass pitch at Wadham Lodge after the Stray Dog was flooded by a horrendously wet November.

That followed 3-2 and 4-3 defeats for the Tons the season before so this game will be too close to call – but it’s usually high scoring.

Both teams started the league campaign last week against newly promoted side. Boro lost narrowly 1-0 at Headstone Manor, while CCFC of course demolished Sutton United U23 5-0 at home.