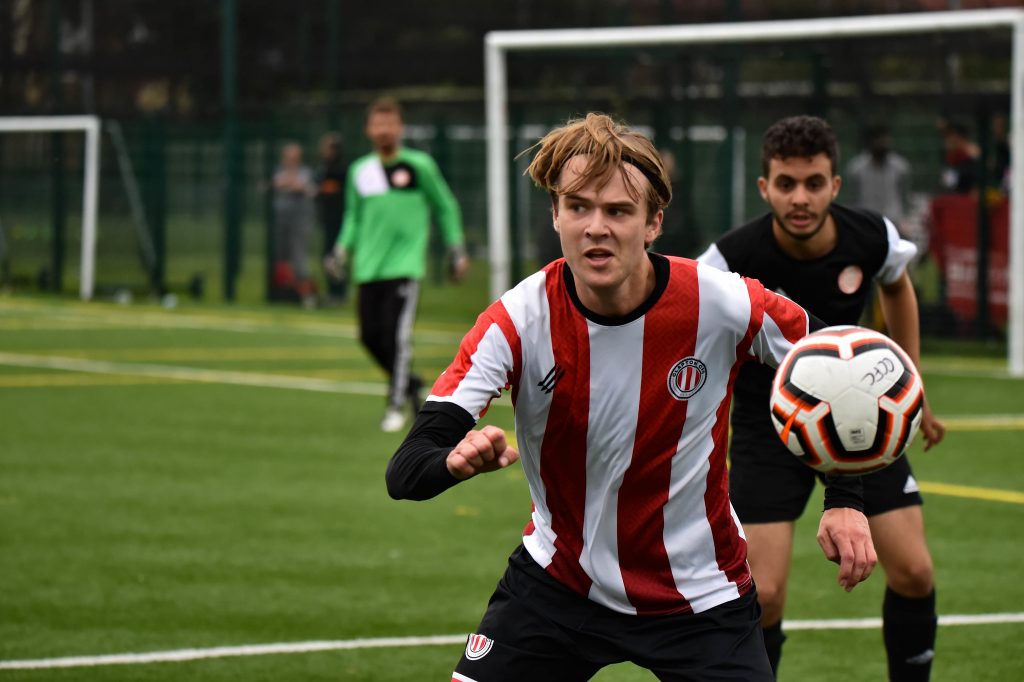 After only moderate performances against CSM London and Estudiantes, the Clapton CFC men’s first team pre-season schedule sees a big jump in opposition.

Barking, of the Isthmian Division One North, are set to be our second toughest opponents of summer after FC United of Manchester, even if they’re not expected to field a full-strength.

The Blues have hovered just outside the play-offs for the last few seasons but look good for a full tilt at promotion after a raft of new signings, including ex-Football League striker Charlie MacDonald.

At the weekend they beat their tenants Romford 3-0, having won 2-1 againsr Step 3 side Cheshunt the previous Saturday.

Clapton CFC player-manager Geoff Ocran is looking to pick a stronger side himself, having given many trialists and squad players game time so far.

We’ll go with our strongest side, I think, depending on who is available. It’s another big test to see where we’re at really, because these first two games were always going to be trialist and experimental games.

But the Barking game we’ll go with the tried and tested, and we’ll see where we’re at, then train the next day.

It will be CCFC’s first trip to Mayesbrook Park, although it won’t be our last as our league rivals Sporting Hackney are set to become third groundsharers there this season.

Some supporters may have visited the ground in past Clapton FC days, but it has been completely redeveloped as they’ve moved up the levels, including a 3G surface and new stands.

Admission is £6, pay on the gate only either by cash or card. The bar will be open.

Please follow all Covid guidance when travelling to the game, or at the game itself.

The nearest Tube station is Upney on the District Line, which is about a 15 minute walk away through the park, while the 368 bus stops outside. Alternatively there’s a car park with free parking.