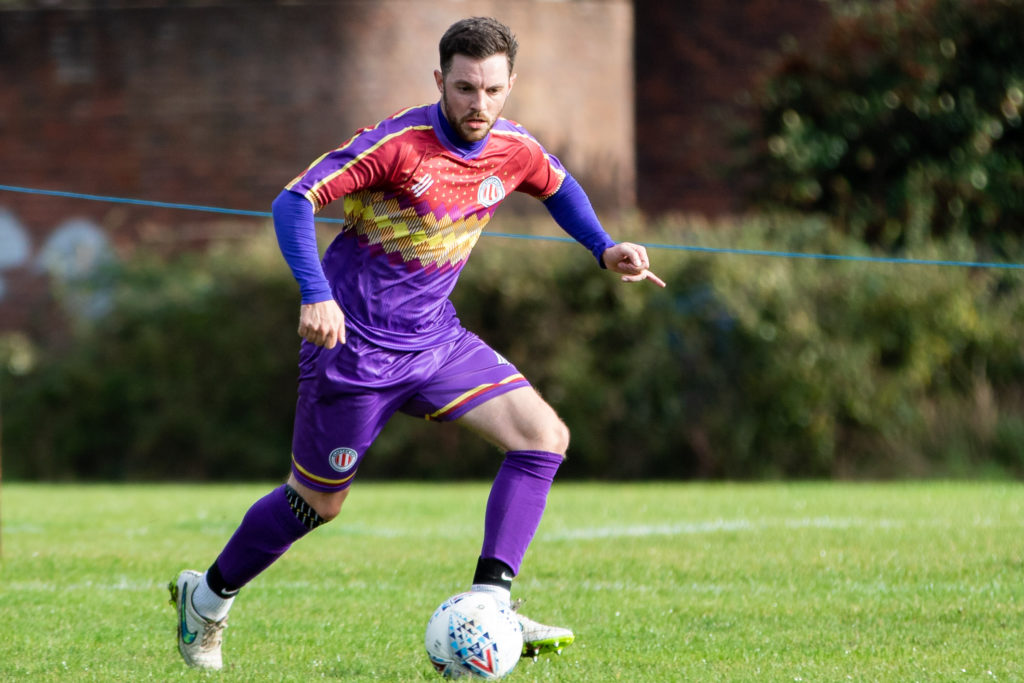 Stevens is currently living on the Channel island where football has just returned and he has signed temporarily for table-topping Rovers.

The Guernsey Press described him as “a forward who can play in a variety of positions and has impressed during the seven sessions the league leaders have squeezed in these past couple of weeks.”

Kevin Gillease, the Rovers coach, added: “He looks decent and he will get a run out at some point.”

And in that run out, Stevens scored a first half header to help Rovers beat Northerners and reach the final of the 119-year-old competition Jeremie Cup for the first time in the club’s history.

Stevens told us: “I came over to visit my girlfriend’s family for Christmas and ended up staying for longer due to no lockdown and football being available.

“The in-laws all support Northerners FC so it was great to score on Wednesday.

“The final isn’t until June so I won’t be around for that, but I’m hoping to help Rovers wrap up the league before I go!”

The 30-year-old has contributed 5 goals and 6 assists in 19 games for the Tons, with a year on the sidelines with an ACL knee injury.

Guernsey Rovers are also top of the Priaulx League, the top level league on the island, looking for only their second ever title.

The league quality has been strengthened this season due to the addition of players from the islands top side Guernsey FC – who play in the Isthmian League and did not compete this season.

Football on Guernsey has just returned after several months, and crowds are allowed too.

Player-manager Geoff Ocran is hoping to get Stevens back for the Middlesex Super 6 League, the behind closed doors tournament starting in April.

Stevens said: “I’m coming back the week of the first Clapton game so all things being well should be match fit having been training since early March.”