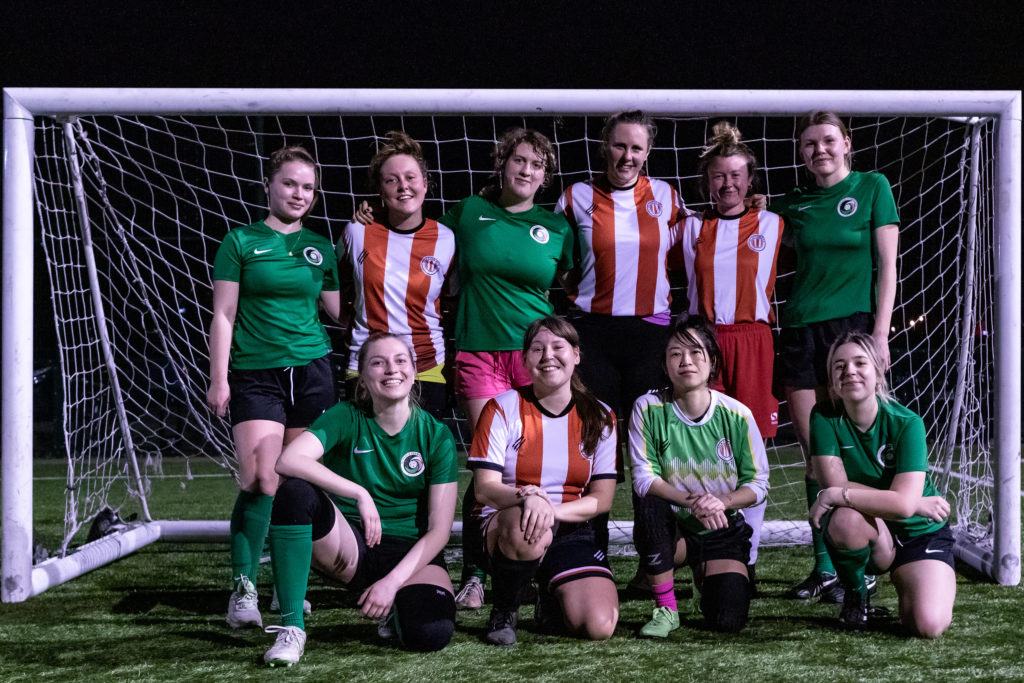 Football is back, post lockdown and Clapton CFC Beginners 5s were the first Tons team to take to the stage in a competitive fixture on Tuesday night under the lights at Mabley Green in their Super 5 Fixture against Clissold Cosmos WFC.

The defeat came from a last minute unstoppable thunderbolt but Clapton will feel unjustly rewarded for their efforts in an entertaining and incident filled game.

Both teams were a little slow to start but Clissold found their feet first with a well struck shot smashing into the crossbar and bouncing down onto the line and high into the night sky allowing the Tons’ keeper to clear. Clissold began to celebrate, convinced that the ball had crossed over but the ref without a Russian linesman or VAR waved play on.

A lack of concentration in the Clissold defence just before half-time saw a defender pass back to the keeper who picked up the ball, in Super5s that is a penalty offence and Clapton took full advantage to take the lead into the break.

Undeterred, Tons played to win with waves of attacks that found a Cosmos keeper in good form. As the ref signalled 30 seconds left, Clissold broke away to break Tons’ hearts with the winning goal. However the drama was not over, as the Clissold player’s celebrations continued Clapton took the kick off and shot for goal, but the keeper recovered to tip away the ball that was heading for the top corner.

A draw would have been a fair result, but “that’s football” and everyone was just so happy to be back on the pitch that any disappointment was short-lived, we will go again.