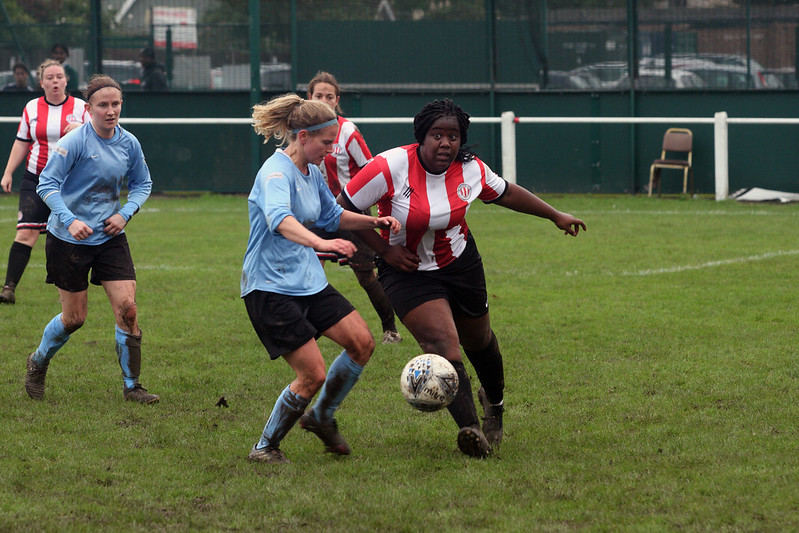 The Clapton CFC’s women’s first team begin the restarted season this Sunday with a trip to Regent’s Park to face Comets.

The Greater London Women’s Football League Premier Division is back with a full programme of games after the four-week layoff.

As you may remember, CCFC lie in second place behind runaway leaders Walton Casuals, but it’s very close with Enfield Town Reserves and Brentford just below.

Comets meanwhile lie in ninth place at the moment, but have faced most of the top teams, running Enfield Town Reserves and Walton Casuals close at home.

In our home meeting last season, the Tons won 5-2 thanks to two goals by Naomi Scriven, a Ciara Monahan penalty, and two beautiful long-range goals from Zhane Amoaten and Laura Wright.

It was a different matter in the return fixture as we slumped to a 4-2 defeat, despite goals from Scriven again and Emily Link.

In the previous season, 2018/9, Comets were promoted from Division 2 South after finishing runners-up.

It’s a public park so socially distanced spectators can attend and admission is free.

Regent’s Park’s sports pitches are in the north of the park, not far from London Zoo.

By Tube, Baker Street is a 15 minute walk and Regent’s Park and Camden Town a 20 minute walk.