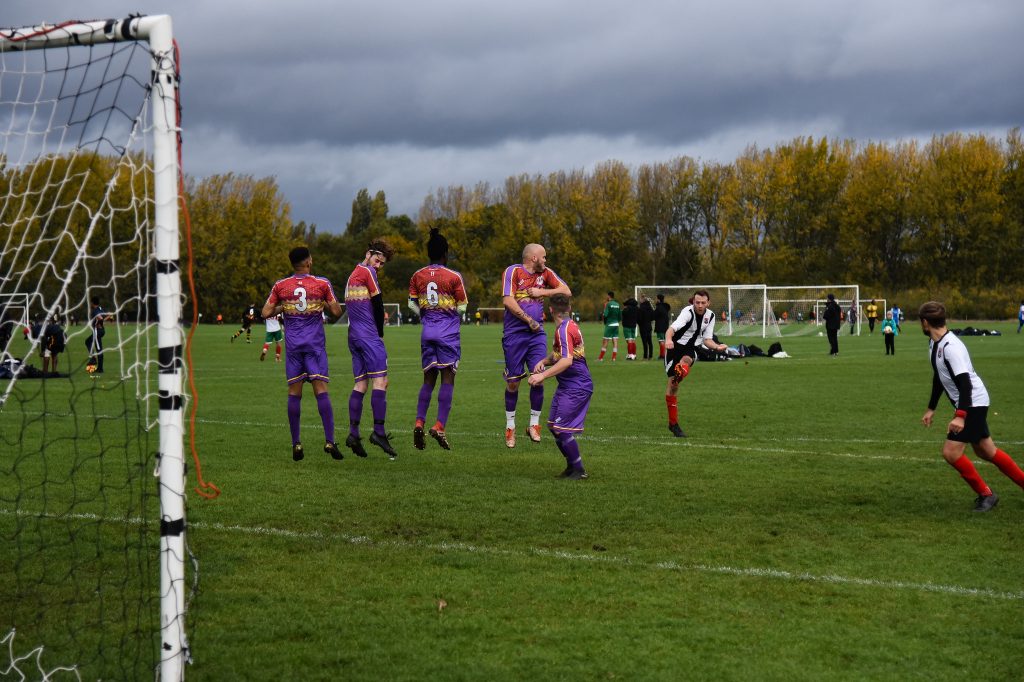 Clapton CFC’s new men’s development team made it two wins out of two in the league – both against Bow Badgers.

Despite a similar scoreline to our last meeting, the Tons were made to work much harder for the win in swirling wind on the Hackney Marshes.

For the last game before the month-long lockdown, manager Justin Cummins introduced several new players including striker Aaron Gayle and midfielder Troy Deering, who both scored.

Prince Kwakye also netted but concerningly limped off with a knee injury, while the other scorer Noah Adejokun terrified the Badgers with his pace.

At 2-1 and then again 3-2, the Badgers took the game to the Tons and had half-chances in search of an equaliser before Deering’s goal put the game to bed with 10 minutes to go.

It was great to see the CCFC away kit among the rows of games on Hackney Marshes and fingers crossed that football can return here safely and swiftly.