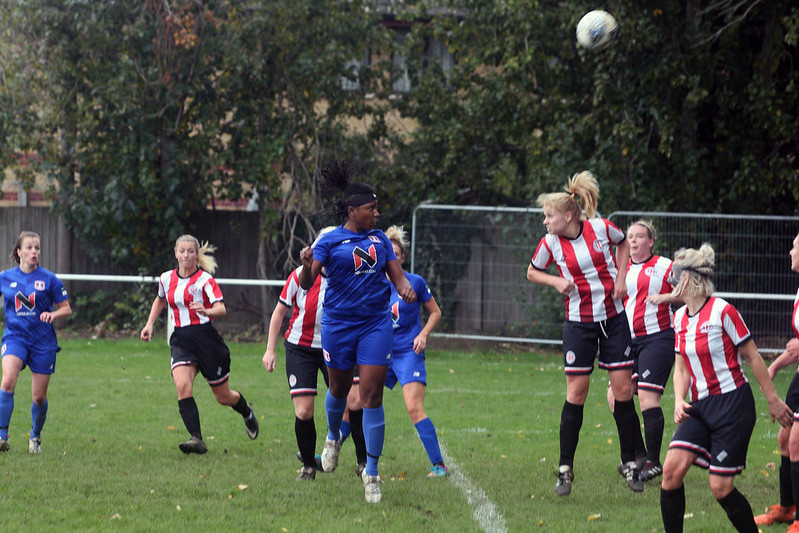 Clapton’s women’s first team come up against Leyton Orient Reserves in the Capital Women’s Cup on Sunday. The match will be played at Mile End Stadium, behind closed doors.

Both clubs were keen to allow supporters to attend, but all games at the venue fall under this restriction. With the three pitches at Matchday Centre already in use, we could not switch to Walthamstow either.

The same but different

It seems Orient have changed their structure for women’s football this season. They have not posted any news about it on their website, but the Development team does not appear to exist any more.

It was the Development team who knocked Clapton out of this competition last year. The Tons put up a good fight but eventually went down to a 5-0 defeat at the Stray Dog last October.

We think they have been renamed as the Reserves, our opponents here. Nevertheless, we expect many of the same personnel to be involved at the weekend.

Sunday’s opposition play in the Reserve South East Division. Their results since the restart have been absolutely ridiculous.

Then out of nowhere they beat Hounslow Reserves 16-0. Sixteen!!!

The Tons are looking to bounce back from their own reversal of fortune. After three straight wins, nothing came off last weekend as Enfield Town Reserves ran out 3-0 winners.

We will be hoping it is the O’s who have 0 next to their name on Sunday.

Leyton Orient Reserves vs Clapton CFC is behind closed doors at the Mile End Stadium, on Sunday, October 17th 2020, kick off 2pm.

Due to Covid-19, no spectators will be permitted. Unfortunately that includes our Comms volunteers, so we will not be able to provide a live stream. Keep an eye on our Twitter for score updates.