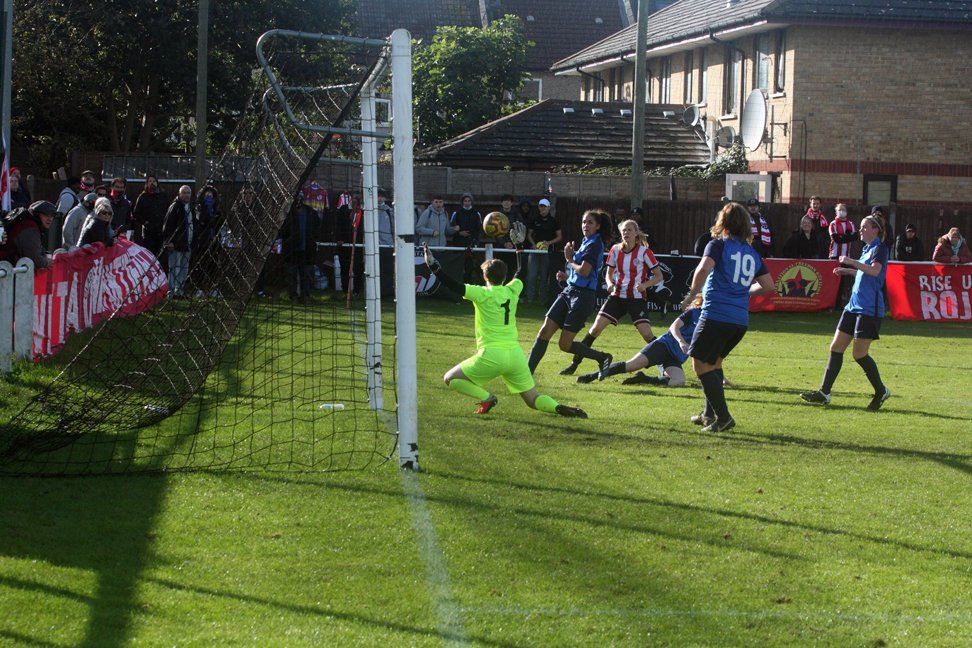 Clapton CFC’s high-flying women’s team fell to a heavy defeat to Enfield Town Reserves at the Stray Dog to lose top spot in the league.

Having only narrowly lost to this opposition in pre-season and on a good run of form themselves, the Tons were hopeful of a fourth win in a row.

However, Enfield dealt with everything Clapton threw at them and were ruthless in taking the chances that came their way.

And the team started well, with Emily Link, Marta Boiro and Mim Chadwick all having early chances for the Tons, but were unable to seriously test the visiting keeper.

Then Enfield took the lead on 29 minutes after a swift counter attack. They threatened to add to their tally before half-time with another effort that hit the bar.

Ten minutes after the restart, they did manage to double their lead, after some confusion in the Clapton box.

Although Clapton fought to claw themselves back into the game, it was Enfield who completed the scoring, converting a one-on-one in the closing stages.

The defeat brings that winning run to an end. Even more disappointing however, were two injuries to key players, Chelsie Osborne and Maria Mendonca. We await an update to see how serious they might be.

Next Sunday, the team are in Capital Women’s Cup action away to Leyton Orient Reserves.