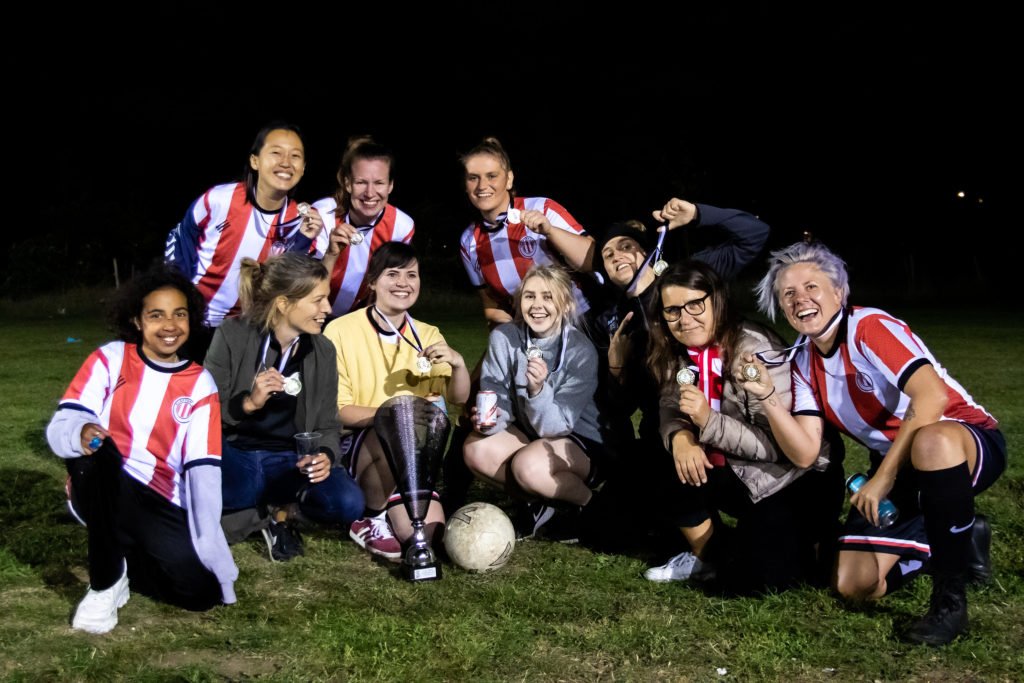 Following on from their trophy-winning inaugural season, the women’s 5s team are now seeing double – not from celebrating too much, but because we now proudly have two teams entering the Super 5 League this season.

Our original 5s team, coached by Ellie Guedella, will compete in the Flexi-league on Thursday to defend their title, beginning today with a clash against runners-up MSA & Frenford.

The team are champing at the bit to get back up and running again and are looking forward to competing against two new entrants into their league – Brockwell United and Coats & Goalposts, after the much loved Tottenham Hotsnatch and arch rivals SCDM dropped out of the league at the end of last season.

Meanwhile Julie Leaff will be coaching a second, newly formed CCFC 5s who are entering the Beginners League on Tuesday, starting on the 13th against Wapping FC.

The team was formed in the same way as our original 5s team, from women and non-binary people who have come to our free weekly training sessions and have shown an interest in becoming more competitive.

With a spot opening up in the increasingly popular Super 5 League, it seemed only natural to enter another team and give even more women who are new to football the chance to get involved.

Other teams in the Beginners League include some great names, such as Ex-Girlfriends FC, Assisterhood FC, Whippets FC and Clissold Cosmos.

All games in both leagues take place at Mabley Green in Hackney and are 20 minutes each way.

We are really excited and proud to continue our expansion of our women’s teams and wish both our 5s huge success for the upcoming season.

You can see the fixtures and results for both teams on our website – Flexi here and Beginners here.

As it stands, spectators are not allowed within Mabley Green, although games can be viewed from outside the facility.