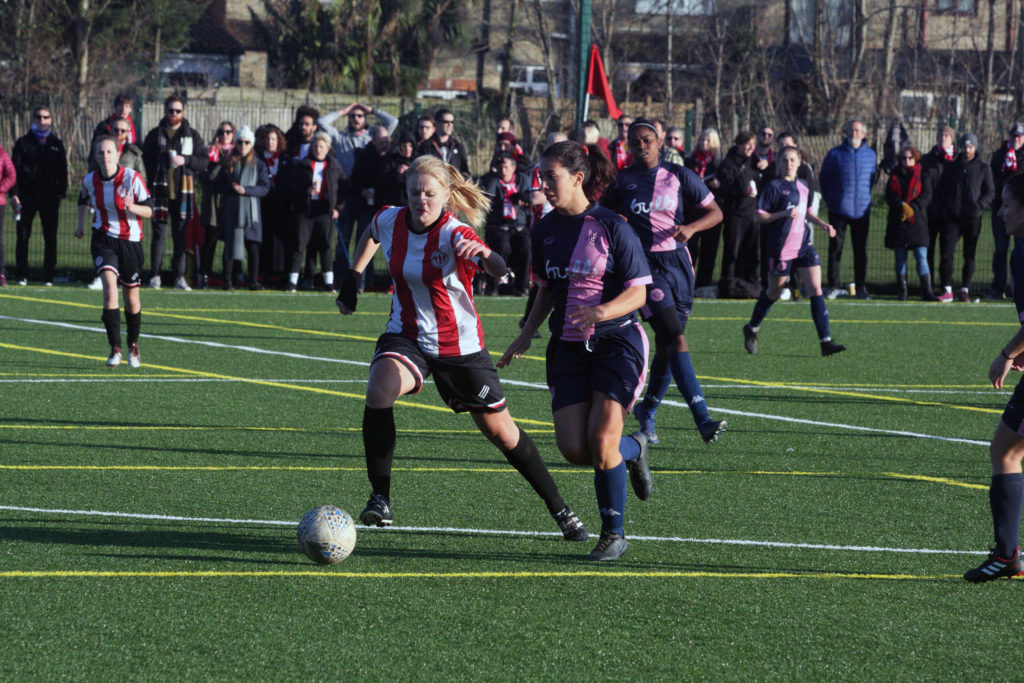 However, CCFC did face Dulwich at home last season, on the AstroTurf of Wadham Lodge, crashing to a 1-5 defeat in front of a decent crowd of 183 fans.

The game was a lot closer than the final score suggests and Clapton will be looking to avenge that defeat as they kick off their 2020/21 Greater London Women’s Football League Premier Division campaign on Sunday.

A lot has happened since last time the two teams met, not least the appointment of a new CCFC management team, led by new Head Coach, Claudio Gomes.

The squad has been significantly strengthened too with Gomes using the large pool of players at his disposal to field 11 completely different starters in each half of his first two friendlies in charge.

Whilst results were varied – a 3-4 away defeat to Enfield Town in the first friendly and a thumping 11-1 demolition of Tower Hamlets in the second – the style of football played by Clapton has been distinctive.

Gomes clearly favours a short-passing, possession-based game and the players have responded brilliantly under his tutelage. The result has been some breath-taking passing moves that have even been dubbed ‘CCFC tiki-taka’ on social media.

Those who have seen Clapton in pre-season have noticed a real buzz around the squad and there are high-hopes that the team can really push on in the league this year.

With such a strong squad plus a new ‘Development’ team getting up-and-running, there should be no repeat of last season’s relegation scrap.

Any game against Dulwich is one that Clapton supporters are quick to scour the fixture list for at the start of the season, so to kick off the league with that game is a really exciting challenge.

Also, once we’ve scanned the fixture list for our games against Dulwich Hamlet Reserves, the next thing die-hard Tons fans tend to do is look to see if the Dulwich Women’s First Team have a fixture on the same day – the good news is, they do! 😉

Dulwich Hamlet Reserves vs Clapton CFC is on Sunday, September 13th 2020, kick off 11am.

Unfortunately for Tons fans wishing to travel, this game is behind closed doors, taking place at a £20,000 per year public school in Dulwich.

While no spectators are allowed at the Edward Alleyn Club, CCFC are hoping for access for a Comms member to stream the game live on our YouTube channel. Keep an eye on social media in the run up to kick-off for details.