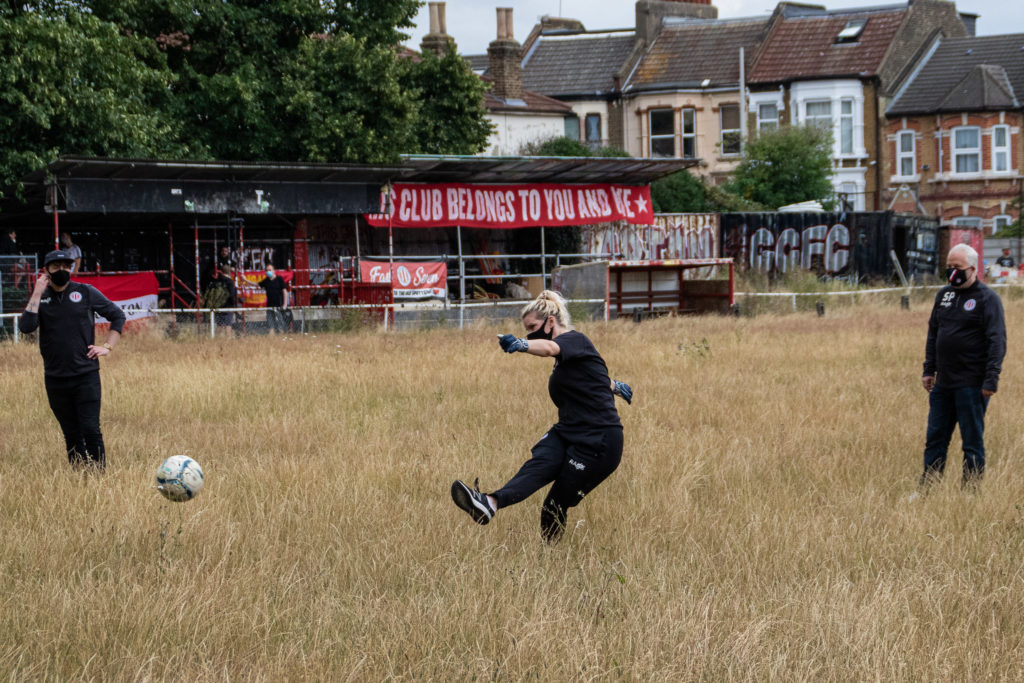 An update on our men’s and women’s first teams, as they start training again ahead of pre-season friendlies and the new season.

All football fans want to be back watching games again. As a supporter-owned club, it’s particularly hard for us all not being able to get together on the terraces and support our teams.

However, we will need to be patient as the health and safety of all our players, coaches, members and supporters is most important.

Clapton CFC have formed a new Covid-19 working group – made up of reps from across the other club committees – to make sure all club activity takes place safely.

The most important point to note is there are no spectators allowed at football games until further notice. These are the rules for both the men’s and women’s non-league football pyramids as it stands.

However, even when the government and FA guidance is relaxed, we will only allow spectators when we are confident we can do so safely. That will likely be a gradual process. We are treating the official guidelines as a bare minimum.

This means that for now all games home and away will be behind closed doors. So no spectators –  whether members, supporters, friends, families, groundhoppers, everyone.

There will be a handful of volunteers at games only. It will be the minimum we possibly can to get the match on safely and provide some photos. match reports etc.

The men’s first team squad is now back in training at Wadham Lodge ahead of the new Middlesex County Football League season, which we are expecting to start in early September with the same 15 teams.

Player-manager Geoff Ocran has provisionally arranged some low-key training games with local teams in August. These could change, and others are likely to be added.

The kick offs and venues are yet to be confirmed but are likely to be neutral 3G venues.

The coaching staff are happy with their existing squad so there are no open trials planned at the moment.

The women’s first team squad has also returned to training, with a confirmed start date for the Greater London Women’s Football League kicking off again on September 13th.

The friendlies as it stands are:

The team will be hosting open trials on Saturday, 8 August from 10am to 12pm at Mabley Green, Hackney.

All are welcome, but we are striving to increase the representation of BAME players in our team. Please contact womensfirstteam@claptoncfc.co.uk if you want to try out.

The Young Tons and the women/non-binary open training have started again in accordance with the latest guideline.

We haven’t received any updates on the return of the 5s League but the last five games of last season are expected to be completed when play gets back under way.

Guidelines have been drawn up for any other CCFC-related activity – for example meetings or work sessions on the newly-purchased Old Spotted Dog – which has been distributed to all committees.

Finally, please continue to keep safe, and a reminder that our hardship fund is still open for CCFC members who need it to draw upon.