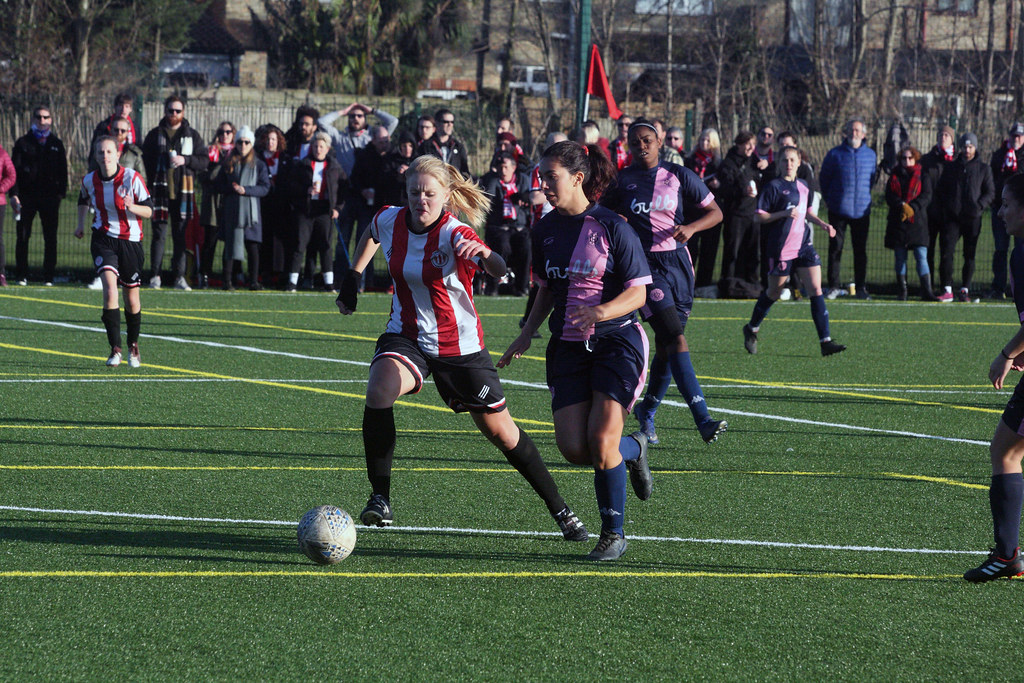 Today’s away game to Dulwich Hamlet Reserves has been postponed due to Storm Ciara.

It has been three weeks since an on form Dulwich Hamlet Reserves won 5-1 over our women’s team on the 3G pitch at Wadham Lodge.

The game was lost as the Tons experienced a lapse in concentration, and Dulwich scored four quick goals, including a penalty, in the first half of the game.

As we’ve seen before, CCFC came out strong and determined in the second half, but the gap was just too big to overcome.

It’s now time for the twice postponed away fixture, which will be played at the Edward Alleyn Club in Dulwich.

Since the first fixture, both teams have suffered losses in the league.

Both teams have also played in the John Greenacre Memorial Trophy. Dulwich beat Division 3 team Tooting Bec 9-2, and the Tons narrowly lost 1-0 to Clapham United from the Premier Division.

CCFC may not have proceeded to the next round in the cup, but their performance was one of the best in recent games.

As striker Emily Link said in the post-match interview “the win is coming”.

Entry is free and there is a bar selling alcohol and soft drinks and snacks.

We are organising a supporters meet-up at The Half Moon Pub in Herne Hill, a mere 10 minute walk from the pitch at the Edward Allyen Club.

From 12pm onwards, come and meet other CCFC supporters. .If this is your first women’s team game, it’s the perfect time to join us.

If you’re going direct to the ground, it’s about a 10 minute walk from North Dulwich station too.