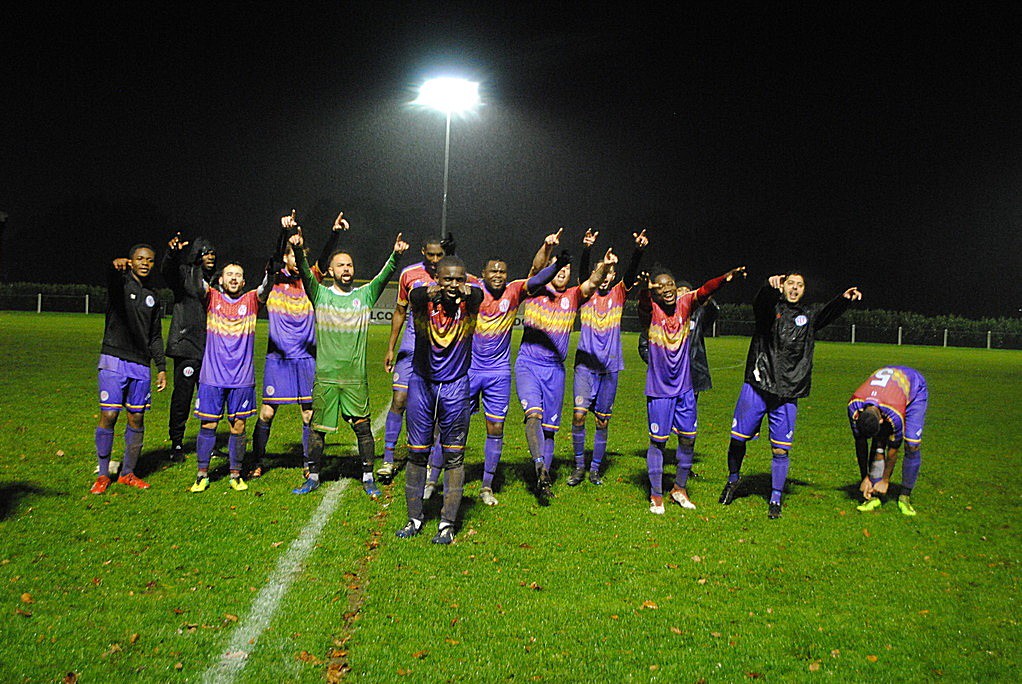 Our visitors have had a phenomenal rise since being formed just four years ago.

They started in the Division 2 of the Middlesex County Football League in 2016/7 and gained back-to-back promotions straight to the Premier Division.

Last season the club came agonisingly close to gaining a triple promotion, but ended up second in the Premier just behind St Panteleimon.

They also won the Middlesex Intermediate Cup and were invited to Warsaw for a friendly against two-time Polish champions Polonia Warsaw.

This is a season of transition after manager Emil Kot moved on to Bedfont & Feltham and then side British Airways, taking several players with him.

However, after a slow start, they are now just two points behind CCFC under new manager Robert Nędza.

The two teams met at PFC’s home at Rectory Meadows in November, where the Tons squeaked home 3-2 with goals from Sherwin Stanley, Bilal Hussain and Julian Austin.

PFC Victoria pushed us right to the end in the reverse fixture so we will have to make sure we put in a similar performance if we want to take all three points.

It was a shame that we couldn’t play the two previous fixtures at home before Christmas as I feel our momentum has been disrupted slightly. However, a draw away to top of the table Brentham to start the year is still a good result.

All in all after a shaky start to the season, we have put ourselves in a great position in the league and cup to try and replicate last season.

A PFC spokesman told us about their long-term goals:

“The club’s aim is to build a profit-generating and professionally-run sports organisation that can reach the Conference level football.

“We also want to play a vocal role in the local community as well as in the rich folklore of football in London.

“The playing squad is predominantly based on footballers with professional experience from Poland as well as young local talents who pass the trials at the club.”

Our full-colour matchday programme will be on sale for £2. There’s a different cover artist each time. This one was designed by Robin Cowan.

Fusion Foods will be selling hot food by the side of the main stand. They will have meat, veggie and vegan options and accept cards or cash.