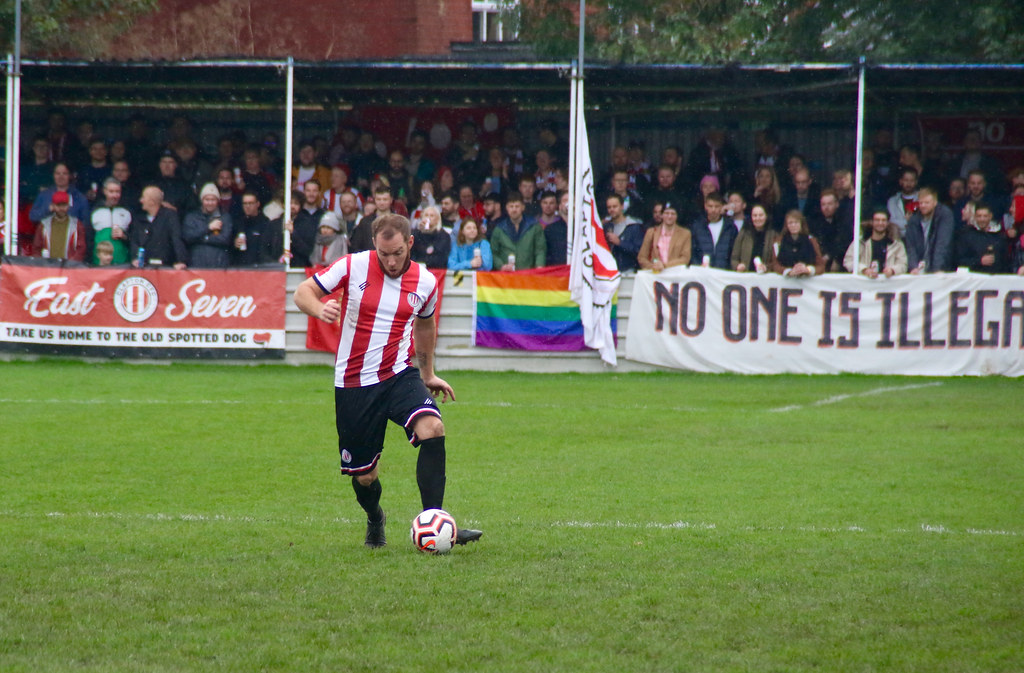 We’ve enjoyed some exciting battles already with Britain’s top-ranking LGBT+ football team, with CCFC winning two and Stonewall one with an average of six goals per game.

They’ve also seen huge crowds and our two wins have kickstarted good runs. Last season 618 people saw the Tons beat Stonewall 5-1 as we went on an unbeaten run of 8 wins in 9 games that saw us to the title.

This season our 5-2 win over Stonewall in front of 909 people on Non-League Day was the start of a run of five straight league wins.

That game was chosen as one of Kick It Out’s selected games and they produced this brilliant video of the day.

It’s been a mixed season so far, with results not always reflecting some very positive performances, despite missing key players through injury.

We have won our last two league games pushing us up the table and we look forward to renewing acquaintances with our friends from Clapton FC.

It is always a privilege to play in front of the dedicated and noisy Clapton fans and we are very appreciative of the warm welcome we always receive.

In our last game Vs Clapton we had a terrific start going 2-0 up before collapsing to a 2-5 defeat due in part to some excellent football from the hosts but also some poor defending so we hope to put that right!

So with both teams are in good form – CCFC five league wins in a row, Stonewall two – this should be a quality clash.

Clapton CFC’s men’s team reached the quarter-final after a bye in Round One and a 3-0 away win at Hillingdon FC in Round Two.

Kick off is an early 1.30pm in case penalties are needed. There will be a result on the day, no replay.

We’re proud to once again be taking part in the annual Rainbow Laces campaign, which was set up by Stonewall, the charity with strong links to our opponents.

Rainbow Laces is aimed at raising awareness and making change so every person feels welcome in sport.

Dozens of football teams, from the Premier League and the Women’s Super League down, are getting involved, along with other sports including horse racing, gold and rugby.

Volunteers from akt, the national LGBTQ+ youth homelessness charity formerly the Albert Kennedy Trust, will be attending to promote their charity and do a bucketshake.

24 per cent of young people facing homelessness identify as LGBTQ+, and over three quarters of those people face homelessness because of abuse or rejection at home.

akt also helps support young people into employment, as well as help with other complex experiences, from domestic abuse, to substance misuse and mental health issues.