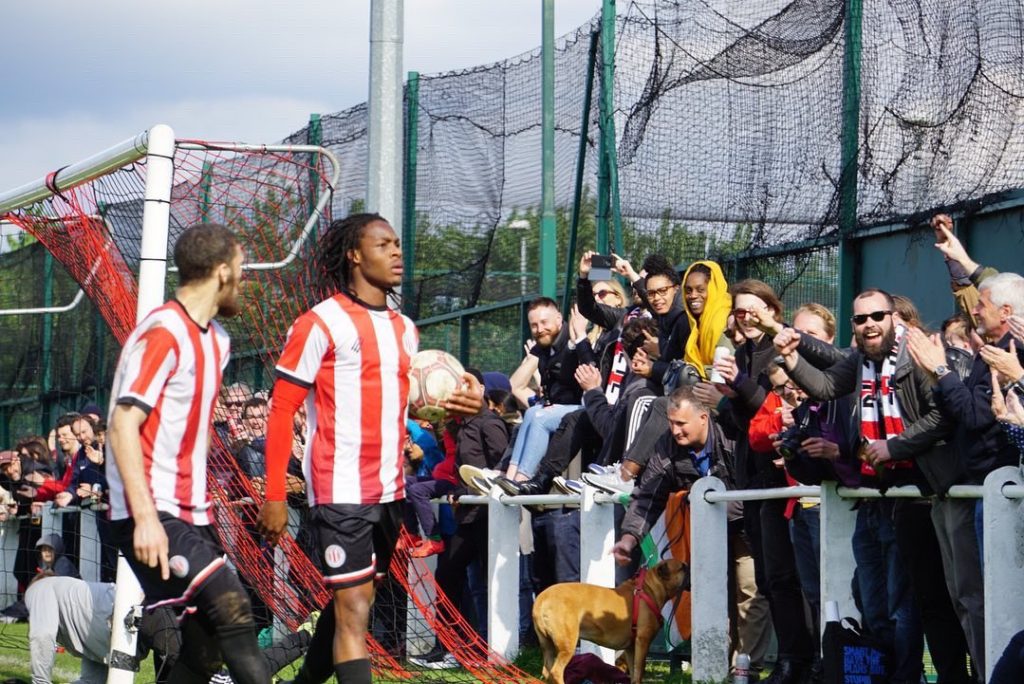 After 17 goals and 8 assists, including a hat-trick to clinch promotion, it was inevitable someone would notice our triple-award winner Josh Adejokun.

And so it’s proved as Southern Counties East side Fisher FC have swooped to give the 25-year-old flying winger a chance two levels up.

However, he remains dual signed, which means if the Fish don’t need him for a game, he could still be able to play for the Tons.

Joint assistant manager Sham Darr said: “One of our star players and fans favourite Josh Adejoken has had an offer from Fisher FC at Step 5 of the pyramid to sign for them.

“Geoff Ocran and the rest of our management team have given our blessing for Josh to sign on a dual registration.

“It is a fantastic opportunity for Josh to test himself at a higher level and the management team would never hold any players back to better themselves.

“Thanks to Ajay Ashanike and Fisher for their professionalism and communication. Good luck Josh. Once a Ton always a Ton.”

Fellow attacker Stefan Nielsen added: “Top player and what a legend he’s been. Best of luck to him.”

Fisher are a fan-owned club, based in Rotherhithe, so we know he will be in good hands.