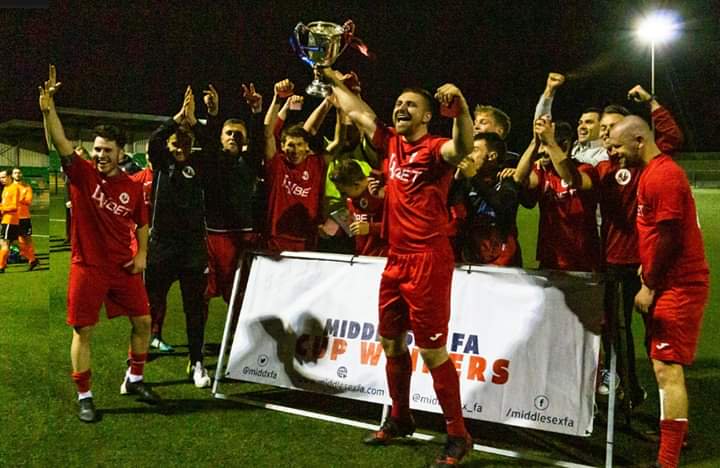 In the Middlesex County Premier League you get around the world without ever leaving the M25. Having already been to Somalia heritage club Hilltop FC and India Gymkhana this season, the Tons now face a Polish community team in West London.

Founded in 2016, PFC Victoria started in the Division 2 of the Middlesex County League system and gained back-to-back promotions to the Premier Division.

Last season the club came close to gaining a triple promotion, but ended second to St Panteleimon. They also won the Middlesex Intermediate Cup and were invited to Warsaw for a friendly against two-time Polish champions Polonia Warsaw.

Things haven’t always been smooth sailing for the team. In a 2018 article their defender Bartosz Andryszak said that the team often get stick from opposing fans on the touchline. Largely about the origins of the players.

“What do we do about this?” Says Andryszak. “We make them eat their words with our results.”

PFC have also joined the list of non-league clubs with imaginative shirt designs. Their third kit last season featured an image of the notoriously skilled Polish fighter pilots who came to the UK and supported the fight against fascism. Many of them stayed in the country after the war and became one of the foundations of the Polish community in the UK today.

The club would like to continue to tap into this heritage and give Poles in the capital a hub to gather round.

The club has been able to attract players who have experience at the top level of Polish football and also in the German Bundesliga. So there is no shortage of talent for the team to choose from.

One such player – striker Pawel Kowalkowski – moved up five divisions to Wealdstone after scoring 29 goals in 16 games last season.

This season has been a mixed bag so far, however, following their manager Emile Kot leaving to join Bedfont & Feltham and taking several players with him.

However they have recovered from a slow start since, beating Cricklewood and Indian Gymkhana, both clubs that have dished out defeats to the Tons this season, and drawing four games in a row.

Hopefully our first ever meeting will be the start of a great friendship.

Admission is free. Food/drink/programme details are unknown at the moment.

Message from Middlesex County Football League: “This weekend is Remembrance Sunday. It’s compulsory that all teams observe minutes silence prior to kick-off.”

Rectory Meadows, or “The Ranch” as it is known locally, is the home ground of Hanworth Villa FC

The nearest rail stations are Feltham, Hampton and Sunbury Cross, and Tube station is Hounslow East, but none are particularly walkable and will require a bus journey. There are plenty of car parking spaces.

The club have specific instructions for finding the ground: “As you go down Park Road continue around a sharp left hand bend (Please note the entrance to the Rugby club is on this bend. You cannot get to our club via this entrance.) Continue until you are facing the wall of the motorway fly-over and our entrance is on the right.”