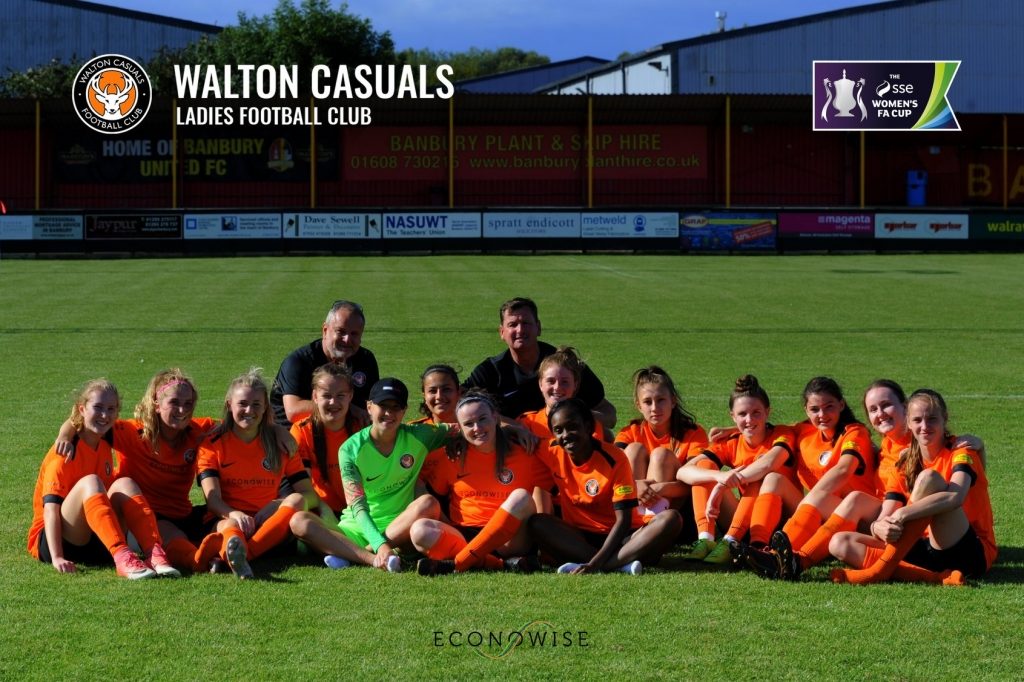 The last time these two teams met, Clapton CFC went under the name of AFC Stoke Newington, and Walton Casuals Ladies were undefeated at the top of the league table.

The Casuals won most of their games in the Greater London Women’s Football League Division 2 North with a hair-raising number of goals scored, and very few conceded.

Having beat the then AFC Stoke Newington 6-1 in their first clash, Stokey knew that this game would be hard.

They also knew that in order for them to gain promotion to Division 1, they needed a win. And win they did, 3-2, with goals from Emily Link, Zhane Amoaten and Capucine Riom.

Having comfortably won the league last season, Walton Casuals have taken the step up to Division 1 in their stride.

Just like Clapton CFC, Walton Casuals started their 19/20 season with an FA Cup clash against Thames Valley Division 1 side Banbury United, a game which ended in 2-1 in favour of the Casuals. Like us, they narrowly lost in the next round, after extra time at Abingdon Town.

The Stags have won their three league games so far – away to Hampton & Richmond Borough 3-0, home to Brentford Women 3-2 and home to Comets 3-1.

It means they are one of two teams with a 100% record so far but second in the league behind Crystal Palace Development. It also means their last defeat in the league was actually that one against AFC Stoke Newington in February.

Walton’s squad have seen some changes from last season, and they are missing the 18/19 season’s overall top goalscorer Kelly-Jade Whelan. However, there’s plenty of other scorers in their squad, averaging three goals per game.

This fixture will be tough with Walton Casuals wanting to get back on top, and Clapton CFC wanting to prove that last season’s victory wasn’t a fluke.

Clapton CFC are in the top half of the table too, with one win and one draw, plus one postponed game last week at Dulwich Hamlet Reserves.

Although Walton pipped them to the title, Stoke Newington did secure promotion by putting an end to Walton’s unbeaten season.

They are a good, young team and we will need to be at our best to come away with all three points.

We are having a bucket shake for Man Den, the young people’s mentoring community project based in Leyton.

Man Den recently ran the Community Club Shield tournament, to help raise awareness of what they do. We entered the Young Tons in an U13 category and an adult team made up of some players from our open women’s Tuesday night session.

The Man Den is a free, fun and supportive space for all boys and men aged 8+ to get together to play board games.

It encourages intergenerational mentoring by bridging the gaps between generations and provides a place for young people to interact with adults from a wide range of professional and cultural backgrounds.

They are a grassroots community project led by a small team of dedicated volunteers. Please donate if you can.