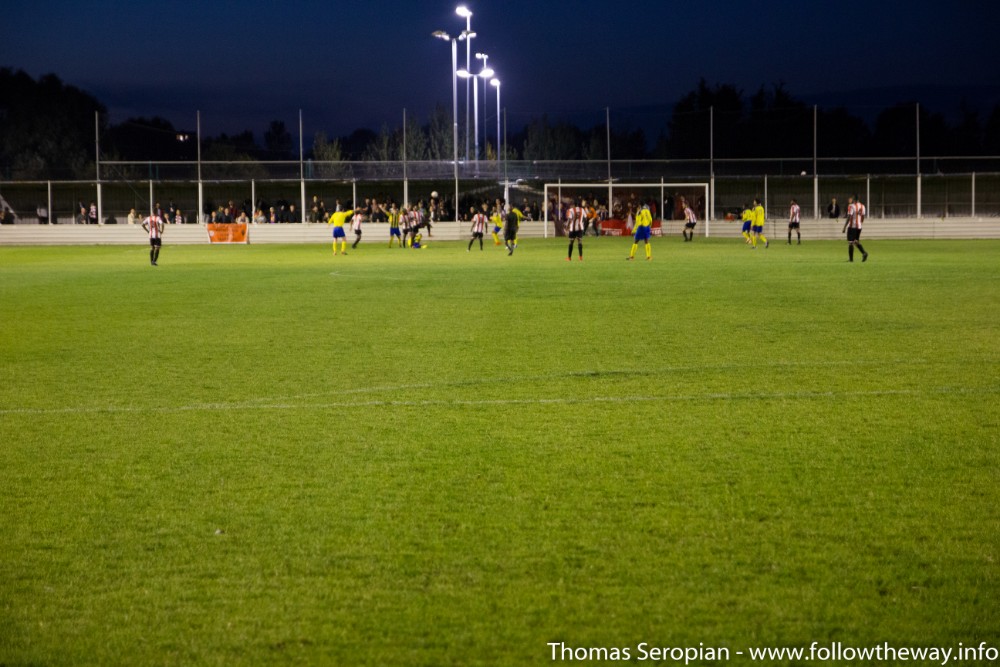 Geoff Ocran’s team made a dream start to life in the MCFL Premier, capitalising on a dominant second half performance.

And a new star was born too.

With Sherwin Stanley out, Eliot Crosbie led the line. He was flanked by an interchanging Josh Adejokun and Louis Rene. Both wingers troubled Hackney, but the first half was the very definition of a tense, even match-up.

Having lost 3-0 to Pitshanger Dynamo at the weekend, the visitors were keen to keep it tight.

The away team had the first chance in ten minutes. Jordan Brown was played through and tried to lob Tons keeper Jack Francis. Just wide.

Then Tons midfielder Paul Oshin managed to bustle through on the visitors’ goal. Lacking a striker’s killer instinct, he prodded past the post.

Around the 25 minute mark, Rene put in a dangerous corner. Jordan Odofin connected with a bicycle kick that slid just past. If one defender at this level is capable of executing a perfect bicycle-kick it’s Jordan Odofin. We’ll be looking out for that at corners this season.

On 37 minutes, Hackney’s Ritchie Paleta got in on goal, after it looked like Josh had been fouled up the other end. Luckily, the attacker tripped over the ball and fell on his face.

Towards the end of the half, the commanding Francis showed off his shot-stopping abilities. He got down low to his left to catch a zipping Hackney long-ranger.

And that was it for a tight, tense first half.

The late summer sunset had been the prettiest thing on display.

In the second 45, the balance of the game changed. Clapton were pressing hard, while allowing Hackney some chances on the break. The central defensive partnership of Odofin and Dean Bouho were doing a professional job on the danger.

Geoff made a key personnel change, bringing on Josh’s younger brother Noah Adejokun for a competitive debut. It was to be one to remember.

But the breakthrough took until the seventieth minute. A corner was headed on by Bouho and the young debutant absolutely smashed a volley into the net.

All the Clapton players ran to celebrate with the bench. It meant so much to the group.

With an Adejokun on each wing, The Parrots were put firmly on the back foot. Crosbie was finding them well, with little headed flick-ons.

Then it was two. Again it came from a ball into the box, this time whipped in beautifully by Rene.

Crosbie, lurking at the back stick, calmly side-footed back across the keeper into the corner.

The Tons talisman beat his chest and embraced the adoring crowd. Another iconic moment.

There was a late Clapton injury. Even chasing a consolation, the visitors’ Sam Edwards stroked it back to Francis. Sporting, Hackney.

Then the referee called time on what will surely not be the last wondrous Wadham Lodge night for CCFC.

We talked to CCFC management and players about a hard-fought, well-deserved three points.

An important goal crowned a dream debut for Noah Adejokun, but his all round play was impressive. His pace and trickery will be a handful for MCFL defences this season.