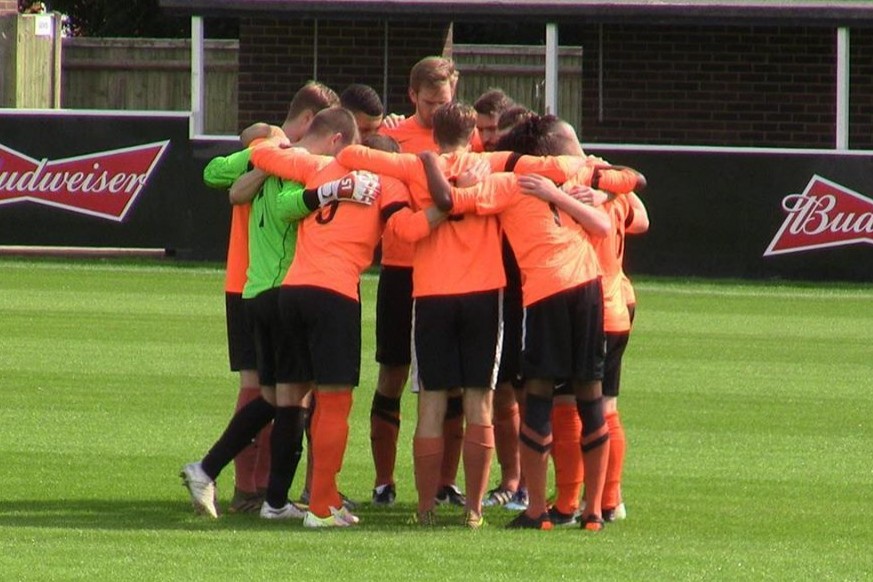 The Clapton CFC men’s team could scarcely have been handed a tougher first away trip after promotion than a visit to Ealing-based side Pitshanger Dynamo.

The Carrots (nicknamed after their orange strip) finished third in the Middlesex County Football League Premier Division, and losing the final of the Middlesex FA County Cup.

They were defeated just once in all competitions at their fortress Reynolds Fields home, now known as the Powerday Stadium, which they groundshare with Isthmian League side Hanwell Town.

Jones told us: “We were very disappointed with our third place finish having led for the majority of the season.

“We were in a brilliant three-horse race with very little between us, PFC Victoria and St. Panteleimon and unfortunately dropped points against mid-table sides on a few too many occasions.

“Huge credit to St. Panteleimon who did not lose until the final day. They had an incredible season and showed us the levels we need to be at this time around.”

Pre-season results for Dynamo have been a mixed bag, but they’ve been training or playing three times a week, mainly against clubs in higher leagues.

Jones said: “We looked good against these opponents and have already seen some good football played as we get into gear and establish our squad.

“We’ve had a few notable departures from the squad this season, including 3 key players from last term.

“This is always to be expected but the hope is that among the 5 or 6 new faces we have brought in, we have adequately replaced that quality and hopefully strengthened further.”

With a strong playing squad, good community links, and a quality stadium, everything seems set for Pitshanger Dynamo to finally achieve promotion out of the MCFL for the first time since they joined the league in 1977.

The club have started the season with two wins and a defeat, scoring seven goals, with a familiar face among the scorers.

Ahmed Mahfouz will be known to many having top scored with 31 goals in 14 games for The Curve in our Middlesex County Football League Division One last season. He has three goals for his new club already.

Asked about targets, Jones said: “Our hopes for this season is firstly to enjoy the ride again and make this season another great adventure.

“We would like to see ourselves promoted this season having narrowly missed out last year. However, the process of that is taking things one game at a time.

“There are many new faces in the league including Clapton CFC, and we are aiming to focus hard on getting things right against the ‘unknown quantities’ in our league.

“We’re looking forward to playing a team with such a huge following, and adding to your fans experience this season, as well as our own – it will no doubt be an entertaining game!”

Prepare for a significant step up in facilities from some of the park pitches we visited last season – to match the increased quality we’ll face on the pitch.

This is one of the easier MCFL away games to make – Pitshanger Dynamo share Hanwell Town’s Powerday Stadium, which is about 10 minutes walk from Perivale on the Central Line.

Admission is £2 for adults and £1 for concessions. A limited number of programmes are available for 50p.

A full bar is available before, during and after the game. And they’re running a barbecue too.

Pitshanger Dynamo vs Clapton CFC is on Saturday, August 24th at 3pm at the Powerday Stadium in Greenford, UB6 8TL.