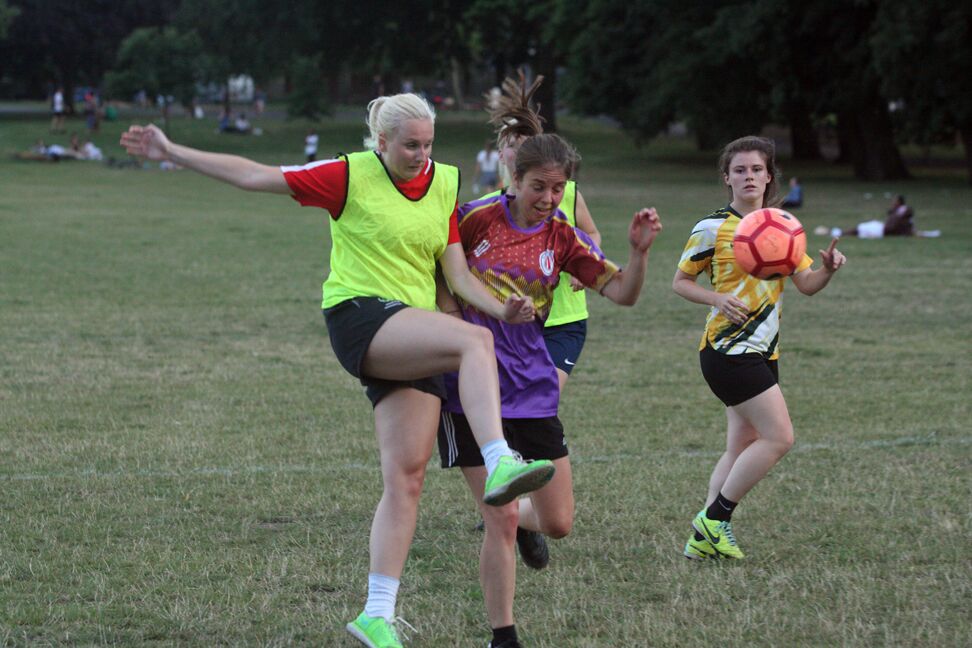 It’s a momentous day at the Stray Dog on Saturday as the Clapton CFC women’s team make their debut in club colours.

Of course the team itself isn’t new. They formed in 2015 as AFC Stoke Newington and last season were promoted for the second time in four seasons.

But, after votes in favour by both parties, they’re now part of CCFC and planning for life in the Greater London Women’s Division One as well as making their FA Cup debut.

The team begin full pre-season programme this week, but have kept training throughout summer, and are also about to appoint a first ever dedicated manager/coach. Exciting times.

It has been quite a journey and now we’re here. We are incredibly excited about wearing the Clapton shirt for the first time and can’t wait to see what this season has in store for us! I’m sure there are going to be more defining moments as we step up to the next league and we can’t wait for you to be there with us!

Our opponents Santacruzense also have an exciting milestone on the way as they are about enter a league for the first time,

Formed by ex-pat Brazilians and named after a club on the Portuguese island of Madeira, they draw players from all over the world – Brazil, Italy, France, Czech Republic, South Africa and Ecuador.

Santacruzense started out small by meeting up on Sundays but have grown to the point where they are now entering the Clapham Women’s League in September.

They are preparing hard by training two times a week with coach Abdul and technical directors Jack and Vinicius.

However, they tell us that the team is more than what happens on the field, They believe that football unites people, brings joy to life and shows that ‘impossible’ is only a matter of opinion.

The friendly is part of a special double header, with the women’s team game taking straight after the men’s team game vs NW London, both on the Stray Dog.

So don’t miss this rare chance to see both play, one after the other.

The men’s team take on NW London at 2pm with the women’s team kicking off against Santacruzense at 4.30pm.

Entry – for both games – is free, but we recommend a single donation of £3 for waged adults.

You will want to come along just to get your hands on our special joint programme, available for two quid.

The stunning cover is by illustrator (and Clapton fan) Cressida Djambov. Check out her work here.

A range of merch will be available.