From the (for once acceptable) half-and-half scarves, to the fans singing songs together, to the joyous post-match scenes.

But Sant Miquel, from the eighth tier of Spanish football, are also the kind of friends who beat the crap out of you for a laugh.

A late flurry of goals saw the visitors take a 6-2 win with them back to Catalonia, on their EasyJet carry-on luggage.

Sandwiched between two other games, Geoff Ocran took the chance to give a few different players a run-out.

The Tons took the lead on 10 minutes. Di Giglia jinked into the box and curled a beautiful finish into the top corner.

Shortly afterwards Kadler rushed back to deal with a Sant Miquel throughball. Ulasan rushed out and clattered into Kadler, who is dead now. R.I.P. Ben Kadler.*

On twenty minutes, the Catalans equalised.  Pere Coll was given a bit of space outside the penalty area. With sublime technique, he fired an outside-of-the-booter over Ulasan.

Shortly afterwards, Bogdan Panescu tried a very similar shot, copying him, but it went just over the bar.

38 minutes in, the visitors took the lead. A ball from the left was gracefully volleyed in by Coll again.

He almost had a first half hattrick when he went through on goal again. On this occasion Ulasan saved well. Lots of Clapton defenders scrambled back into the line and the rebound went past the post. 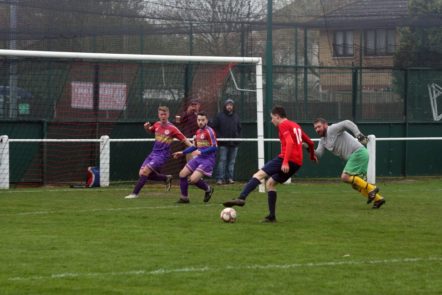 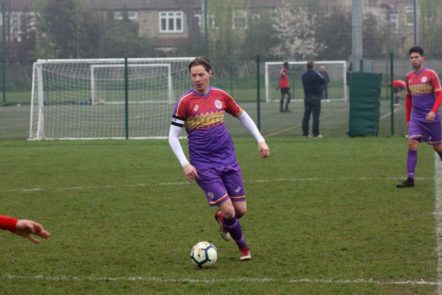 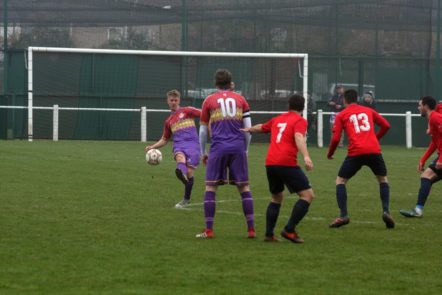 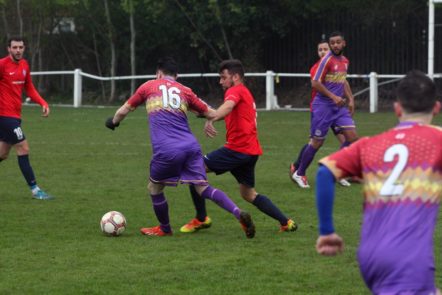 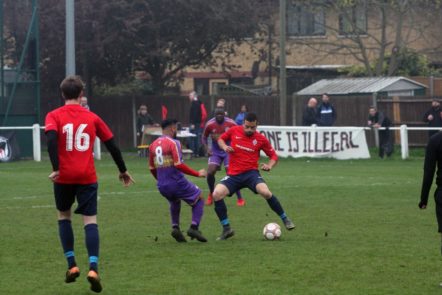 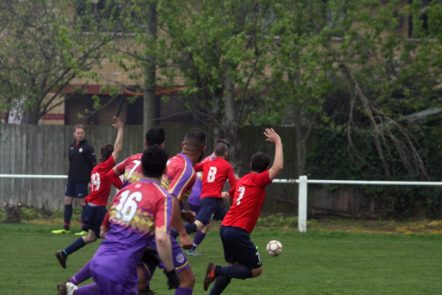 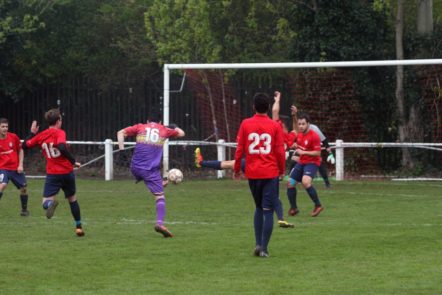 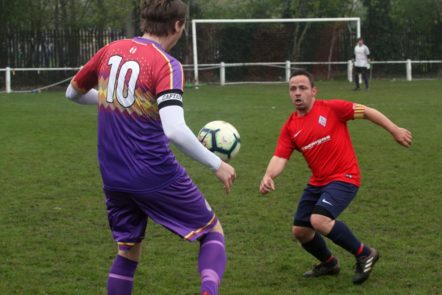 Into the second half, Stefan Nielsen had a powerful angled drive on goal. Sant Miquel keeper Marti Casamitjana made a dramatic save for the cameras. But there were no cameras.

Then his side managed to stretch their lead. A cross was flicked in from close range by Miquel Yasarez.

Miky Sánchez rushed back to deal with a situation in the box and absolutely smashed it past his own keeper. It was the hardest, cleanest hit strike we will see all season. A proper net-burster.

Then Teppett had a good chance to level things up. He was clean through on goal, but shot straight at the keeper. Too much thinking time.

Next up, Nielsen drilled a free kick forcing another Hollywood save from Casamitjana. He pushed away Teppett’s rebound effort in a similarly OTT manner. Terrific stuff.

Then Sant Miquel really took it up a gear. With nothing seeming on, Josep Mesas floated a glorious shot over Ulasan from 35 yards. Unanimous applause from both sets of supporters.

With them passing it around for fun, Clapton were again carved open. Ulasan made a good stop from a close range shot.

But it was soon 5-2 when a low drive across the box was turned in by the classy Mesas.

Undoubtedly the best player on the pitch, rumours circulated that he is a ringer who actually plays at a higher level.

Sant Miguel’s final goal was bizarre. Another low ball into the box seemed to creep in at the near post. Or it went through a hole in the side-netting. No one could tell.

After a good minute of confusion and consultation between the referee and his assistant, the goal was given.

There was time for one more Clapton debut. Assistant manager, Stu Purcell pulled on the famous purple, red and yellow and headed up front. The crowd roared every time the ball went near him, but he didn’t get a real chance to display his ability.

The referee blew up for full time five minutes early to stop Clapton from conceding more and so the Sant Miquel players could get to the bar for beer, double Bells and three rounds of Jagerbombs before catching their bus to Luton Airport.

Please come back and visit any time!

* We would like to reassure Ben’s friends and family that he is not in fact dead. He got back to his feet after about a minute of lying motionless.

We spoke to both camps after the game.

POST MATCH INTERVIEW: We're speaking to the players and management after our first international friendly Vs UE Sant Miquel