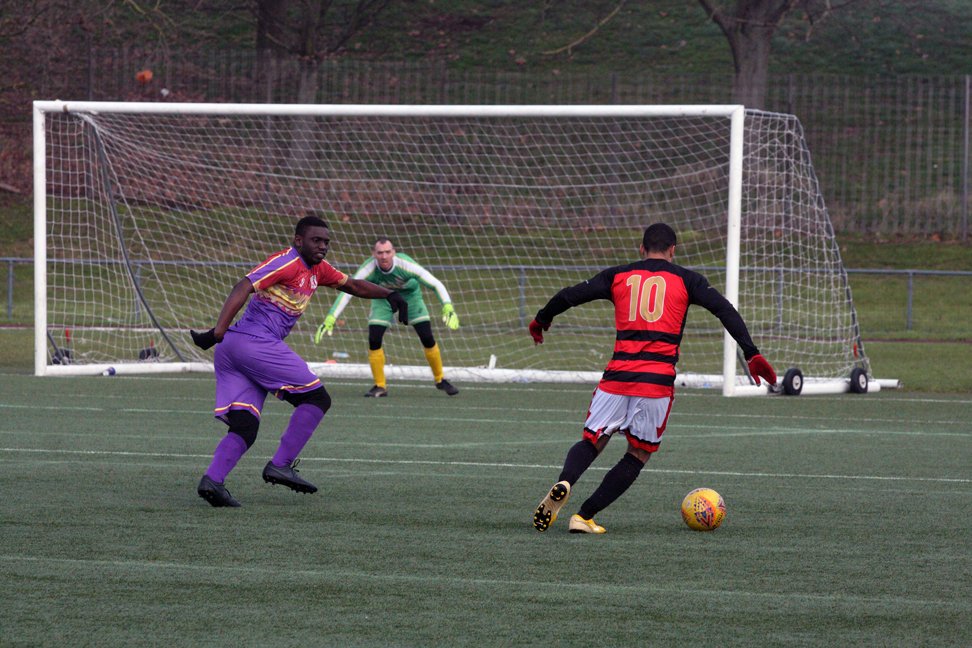 Clapton Community return home after over a month on the road this Wednesday evening.

Well, almost home. They will be welcoming NW London to the Wadham Lodge Sports Ground – next to the Stray Dog – for this crucial league clash.

The Tons notched a 3-1 pre-season win at the New River Stadium in Haringey all the way back in August. Two goals from Eliot Crosbie and one from Jon Akaly were enough to secure what was only CCFC’s second ever victory.

While NW usually play at the Park Club in Acton, the reverse league fixture in February was also switched to the more capacious New River. The Tons went down do a frustrating 2-1 defeat on that occasion, with a strong wind having a big impact on proceedings.

NW took the lead in the first half, with the gale blowing at their backs. In the second half Clapton bombarded the opposition goal and levelled through a Stefan Nielsen penalty. But a late sucker-punch from Dante Cobianchi was enough to bag all three points for the home side.

The Gorillas followed that up with two more impressive victories. They thrashed FC Star 7-2, then put four past Wilberforce Wanderers without reply.

All of the goals in that game demonstrate NW’s attractive brand of passing football.

🎥 Goal highlights as we hit 4 once again to return to the top of the League.
🔴⚫️🦍 #nwl #gorillas pic.twitter.com/sHew2ghczw

But they have stumbled in their last two fixtures, drawing 2-2 with FC Roast before a 3-0 defeat to Samurai.

The Roast result was actually quite impressive seeing as they had to come from behind and finished with just nine men. The Samurai game was also tighter than the scoreline suggests. The Gorillas had chances at 1-0 down, only to be finished off by two late goals.

We asked NW London manager Wasim Khan for his thoughts on the title race and the big midweek clash in Walthamstow:

We’re still very positive about our chances just as we were since the first day of the season. There are two games remaining and we will give absolutely everything to finish with as many points possible.

We don’t expect this game to be any different to other games in the league as I feel this is one of the strongest leagues below step six. We respect all of our opponents but we will focus on ourselves and look to execute a top performance to get the result. I think our squad now has a lot more togetherness. The quality of game is improving weekly. The technical level is high and the potential is huge. I really feel this team can compete consistently at this level and many steps above.

Khan also had supportive words to say about CCFC and teams that are revitalising grassroots football in other ways:

I’d like to congratulate Clapton on what they are doing with grassroots football, bringing so much spotlight. I think it’s a new age of football ownership at grassroot levels with fan-owned models and young owners like Bobby Kasanga at Hackney Wick. You’ve also got to mention Baiteze Squad and SE Dons for the spotlight through YouTube they are bringing to grassroots football in London. I can’t remember this level getting so much exposure. It’s great to be a part of it.

Clapton’s season has really clicked into gear since the last meeting in the league. An early kick off on that occasion meant there were a number of pull-outs, but they should have a more formidable lineup on this occasion.

The Tons have won every competitive fixture since that windswept defeat and will be looking forward to playing on grass again after a recent tour of artificial away grounds.

Boss Geoff Ocran is hopeful his side have what is needed to edge the tie:

The run of five games in 12 days starts with North West London, who we have played twice already this season, losing 2-1 in the league, but winning 3-1 in a friendly. We both need the win to maintain a title push so I envisage an entertaining end to end game – with us coming out on top again!

While there was plenty of encouragement to be taken from the action-packed 6-4 win over Eastfield at the weekend, they will certainly need to keep things tighter at the back to be in with a chance of taking full points. 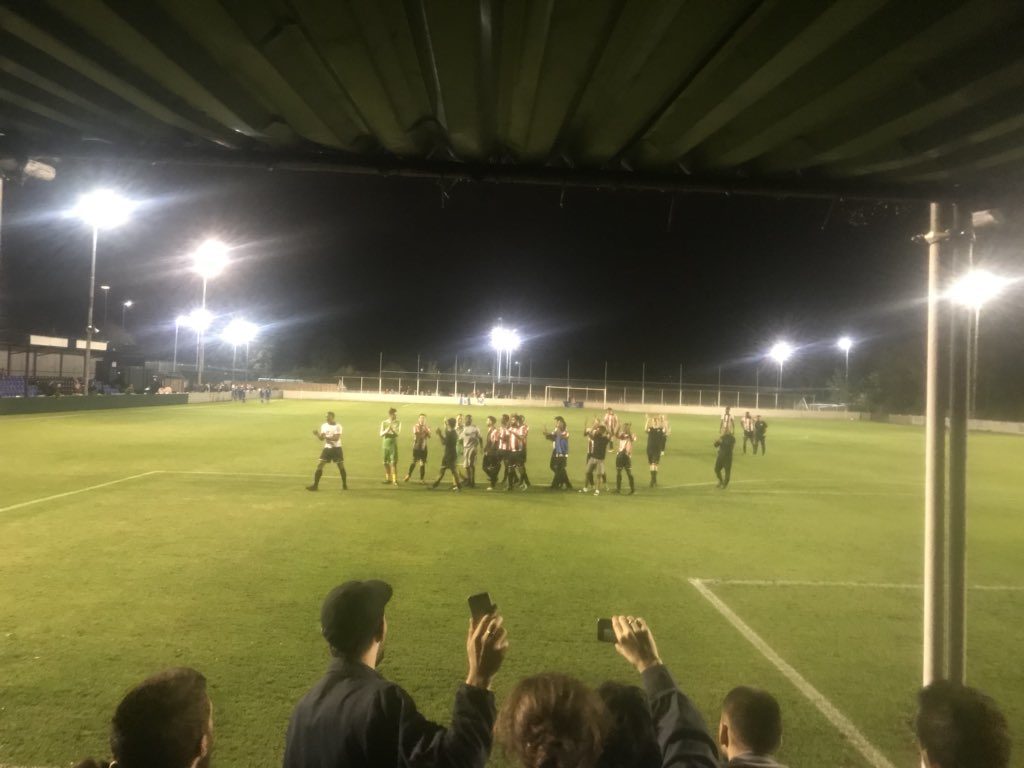 The Wadham Lodge Sports Ground is right next to our temporary home, The Stray Dog.

It is about 20 minutes walk from Walthamstow Central station.

The toilets and bar are in the main building. At late notice, Walthamstow Dogs have stepped and will be serving up meat and vegan hotdogs to fans.

Entry to the game is free (but we welcome donations, suggested £3 for waged adults).

There will be a bumper 40-page, full colour match programme available for just £2.